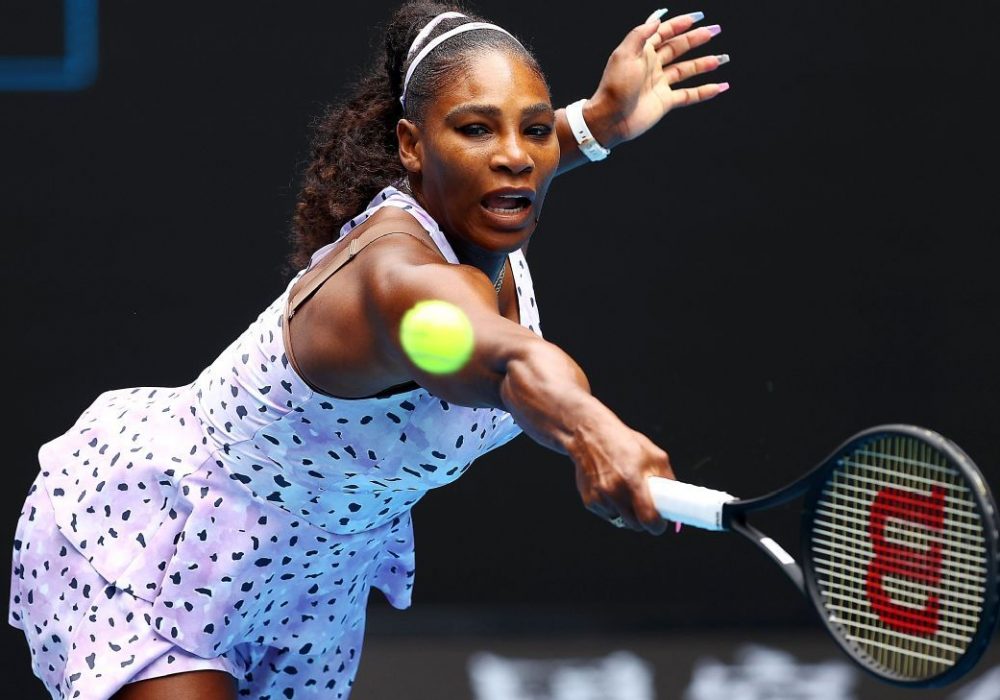 Coaching from the stands will be allowed on the WTA Tour this season.

The trial will begin at the Dubai Duty Free Championships and Hungarian Open in February and will continue at all WTA Premier and International events in 2020.

The news comes 16 months after Serena Williams was penalized for receiving “hand signals,” which were not permitted, from her coach, Patrick Mouratoglou, in the US Open final against Naomi Osaka.

“The new trial will allow coaches to coach their player in the form they are currently coaching from the box without getting penalized,” the WTA told ESPN.com.

“Whether it’s verbal words of encouragement or [a] few words when their player is on the same side of the court to any hand signals, such coaching as it takes place now from the box will be allowed.”

The WTA said it is making the change because the existing rules are “difficult to regulate” and because it is happening widely across the sport, but it emphasized that the new rule will not mean any more coaching during matches than is already happening.

In October 2018, one month after the US Open incident, Mouratoglou said he thought coaching from the stands should be allowed because everyone is already doing it and it would “help the popularity of the sport.”

“I’m for it,” he said. “I’m big on tradition. I’m old. So I love the whole tradition of tennis and the one-on-one and problem-solving and what you’re trying to do. But I think we’re evolving as a sport.

“Grand Slams, put that aside. We have the four Grand Slams — that’s fine. But for the ATP and the WTA, we need to evolve. And I think bringing coaching into those events is important. I think they can go further and do it more. I think as an industry, a coaching industry in tennis, it’s important that we do evolve and do this. I’m really for it. I think the WTA is doing a good thing.”

Halep joked that she hopes Cahill does not use the new rule to be quite as vocal as he sometimes is in her direction, but she said she would have an open mind.

“Well, I thought a little bit about it when I heard it today,” Halep said. “I don’t know what to say. It’s going to be interesting. I didn’t have this experience. Maybe in juniors, but also, we had rules that we cannot talk with the coaches. But let’s wait and see. I’m open to it.”

Former world No. 1 Mats Wilander, commentating at the Australian Open for Eurosport, said the move makes sense because “it’s kind of happening anyway.”

“We saw the case with Serena and Patrick Mouratoglou, which put the issue at the forefront. For me, it’s fine to have [coaching] from the sideline, as long as it doesn’t become too loud and verbal across the whole court, but it’s not as the other player hears it.

“What with the different languages spoken, the only problem is that you can’t control it from the sidelines. To me, it’s a great call by the WTA.”

Cahill thinks the new rule might produce some unexpected results.

“Even today, you know, if I was allowed to coach today, you’d be surprised how little coaching the coaches will do if they’re allowed to do it,” he said.

“The reason why probably a lot of it goes on at the moment is because you’re not allowed to do it, so you’re trying to get the sneaky coaching message across. But if you were allowed to do it, it’s a simple one line: ‘Hey, Simona, hold your line.’ OK, that’s coaching. But it’s not over-the-top coaching.”

On-court coaching, which was introduced by the WTA Tour in 2008 and allows players to call their coaches on court for a conversation once per set, will remain in place, the WTA confirmed.

Coaching is not allowed at Grand Slam events, though the US Open allows a more open form of coaching from the stands in its qualifying events.