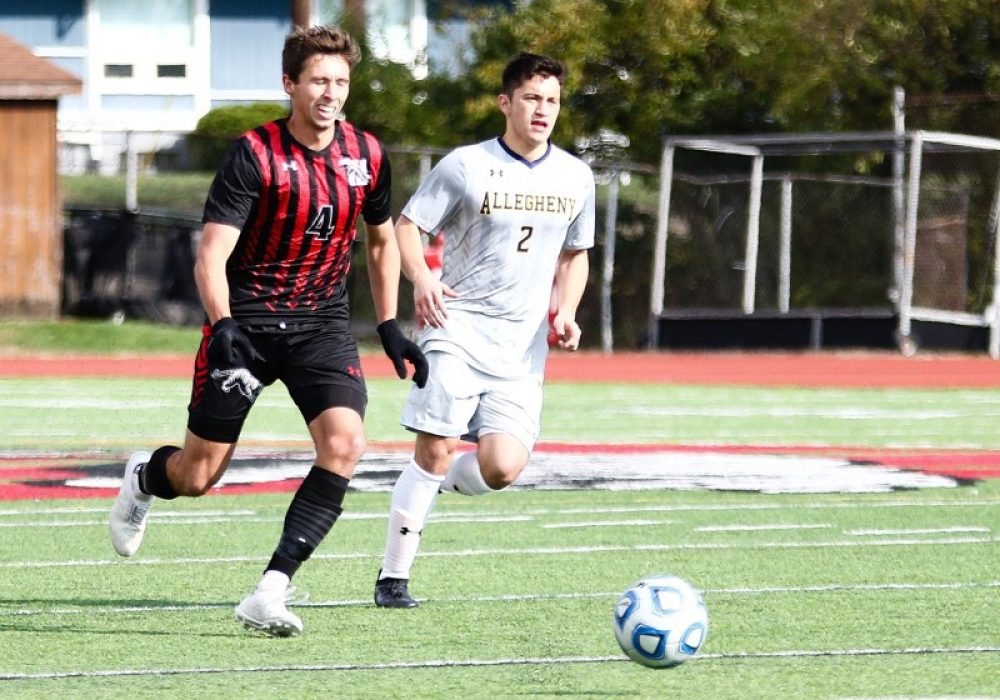 The death of Jack Benak, a 19-year-old freshman from Twinsburg, Ohio, shook head coach Dwight Burgess, his staff, his players and the entire Wittenberg community.

“He was in line to take over as one of the team captains following this coming fall season,” Burgess said Tuesday. “That’s the kind of person he was. This is a college freshman who was so beloved and respected that not only the coaches see him as a leader but the players did and said, ‘We really need to put Jack in a leadership role.’ That’s maybe the best summary I can give of him. He was a gentle soul beyond his years in terms of his maturity. Everyone loved Jack.”

Benak died Thursday while on spring break in Sarasota, Fla. Out of respect for the family, Burgess declined to give details publicly about what happened. He described it as a “fluky, tragic” boating accident.

About half the team gathered Monday at Wittenberg to remember Benak. Burgess spoke, as did Wittenberg Athletic Director Gary Williams and Wittenberg Dean of Students Casey Gill.

“The folks at the university are just unbelievable,” Burgess said. “Given this difficult time we’re all in with the coronavirus, the leadership wanted us to have an opportunity to get together. Over 30 people showed up. We have players from all country. Not everyone could make it. We did it at the arena so there was plenty of space so people could keep that distance.”

When the players arrived, they ignored the food set out for them, Burgess said, because they wanted to get together to talk about Benak. They later separated into small groups as players looked back on their short time with Benak. There were hugs and tears but also laughter and smiles as they told stories.

“For them, it’s just one step in what’s going to be a long healing process,” Burgess said, “but I think it was an important first step.”

Benak made a large impact in his freshman season. He started all 19 games as a defender. Burgess, of course, knew him longer than one year because the recruiting process began when Benak was in high school.

“He was just a wonderful young man,” Burgess said. “His family started a Facebook page in his memory, and you just see the diverse number of people and pictures throughout his life. As his father said, he didn’t pass away at the age of 19. He had 19 incredible years of life. I think Jack embodies that 100 percent. One of his best friend said to me over the phone last weekend, ‘Dwight, it’s hard because we’ve only know each other for eight months.’ I think that just reflects the reality that true friendship and caring and all those things aren’t measured in time.”

Thank you for reading the Springfield News-Sun and for supporting local journalism. Subscribers: log in for access to your daily ePaper and premium newsletters.

Thank you for supporting in-depth local journalism with your subscription to the Springfield News-Sun. Get more news when you want it with email newsletters just for subscribers. Sign up here.