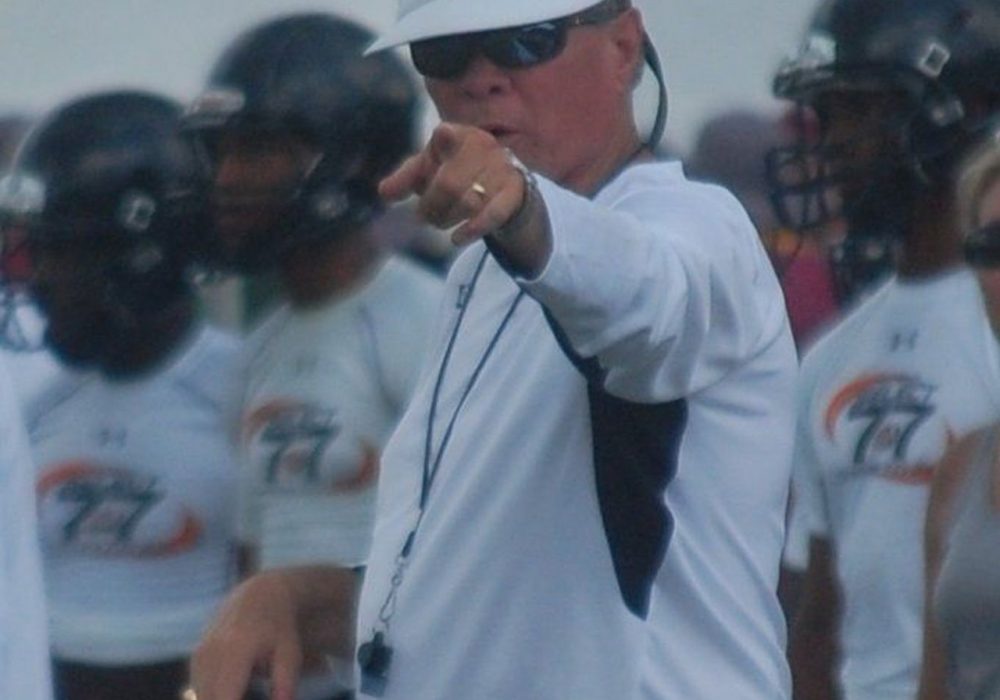 USA Academy – a new private school based in Coosada that’s expected to offer online classes and field a football team this fall – introduced veteran coach Rush Propst as its first coach on Jan. 2.

Less than two months later, Propst is out.

Propst announced his departure last week and admitted he clashed with USA Academy founder Dusty DeVaughn. He said contract negotiations reached an impasse when the school insisted including a clause in the proposed contract stipulating a $500,000 buyout if he left the school before December 2020.

USA Academy plans to play a national-level schedule that includes IMG Academy (Fla.) and St. Frances Academy (Md.), but construction of a planned 5,000-seat stadium and adjacent football operations center has not begun.

Why did Propst leave USA Academy before signing contract? What’s his next move? Propst talked to AL.com this week and here’s excerpts from the hour-long conversation:

Q: Why did you leave USA Academy?

“We’re less than six months away from an Aug. 22 first game with a schedule (DeVaughn) put together. I didn’t put the schedule together. He put the schedule together. That was a problem, too. I don’t know a football coach in America – do you know of one? – who doesn’t control his schedule. In high school football, usually the head football coach does. I’ve never known of anyone who didn’t have control of their own schedule.

“With that, you throw in (playing) IMG (Fla.) and St. Frances (Md.) and Good Counsel (Md.) and some of these schools, and you don’t even have a building to go to work in? That’s tough sledding.

“The other thing, I’ve been over there a couple of times. I didn’t have an office. I didn’t have a place to sit down and work. This thing went down Jan. 2 and here it was approaching March 2, last week, I didn’t see anything changing in two months.

“Here’s the other thing, the month of January and the months of February, March and April are critical months in the development of a football program. Well, not a single kid was in, so that’s alarming to me. The other thing that was alarming to me was all these re-class kids.

“I’m not saying it’s right, wrong or indifferent, but I wasn’t sure about dealing with re-class kids. They’re older kids. They’ve already completed their eligibility in high school and they re-class, and if they did not play on the varsity in a varsity game as a freshman, they could re-class and play in this private league. But nobody does that. The teams we’re playing don’t have re-class kids.

“I was OK with a few to get started, but I didn’t want to base our whole program on re-class kids. All of a sudden, these kids come in and six months later they’re gone, and I didn’t see that as the right thing. Some of the teams we were playing were concerned with that – really concerned with that – and I would be, too. You’re putting your kids who are 10th-graders or 11th-graders and you’re putting them up against kids who have already finished playing high school football.”

“Lord, I don’t know. I’ve got irons in the fire at a couple of places … I don’t know really which way to turn.

“People are going to say, ‘Why did you quit a job when you don’t have a job?’ But I didn’t feel comfortable with USA Academy. I wish the best for them. I do believe there is a need for that type of platform – and educationally it’s good, there’s nothing wrong with that and it’s the wave of the future – but looking at who you’re going to play and how ambitious it is to get it done.

“For 38 years, I’ve worked January, February, March, April to get ready for spring ball in May. It’s a bunch of hard work and it’s a grind, but today – March 2 – we should be going into what I call Phase 2 of the offseason program. You’ve got about six-to-eight weeks of conditioning and strength and conditioning with your players. If you’re not doing that, you’re behind.

“I’m going to sit back. I really enjoyed my time at UAB last year and Bill (Clark) and I are such good friends anyway, and my volunteer time there (during the 2019 season) was really enjoyable. He let me hang around the program and be at work every day and analyze and work and give my opinion when I was asked, but I did it for free and didn’t get paid at dime. I thoroughly, thoroughly, thoroughly enjoyed it, so I would like to do that again. I would like to go down that road in the college football ranks.”

Q: Do you think you’ll coach in high school next season?

Propst: “If I had my ’druthers, I’d rather be on the next level, but I would look at a high school job if it’s the right fit for me and my family. I have a son who played ninth-grade football at Colquitt last year, but now that he’s on the varsity level, I’ve got to find a place for him to play football. My daughter will be in the ninth grade next year, and my youngest will be in the eighth grade.

“I’ve got to do something. It’s always been about me, but this time I need to it based on my family. … I know people say this, and sometimes they don’t mean it but I mean it, I’m going to let the Good Lord open the door for me. I haven’t listened to him enough sometimes, but I’ve learned that in last 10, 11, 12 years.

“When I got cancer, life changed for me a lot. When you get cancer, your perspective changes a lot. I’m healed No. 1, and No. 2 I’m going to listen to my Lord and Savior. Wherever he leads me, that’s what I’m going to do. So, I do have a calmness and peace about me.”