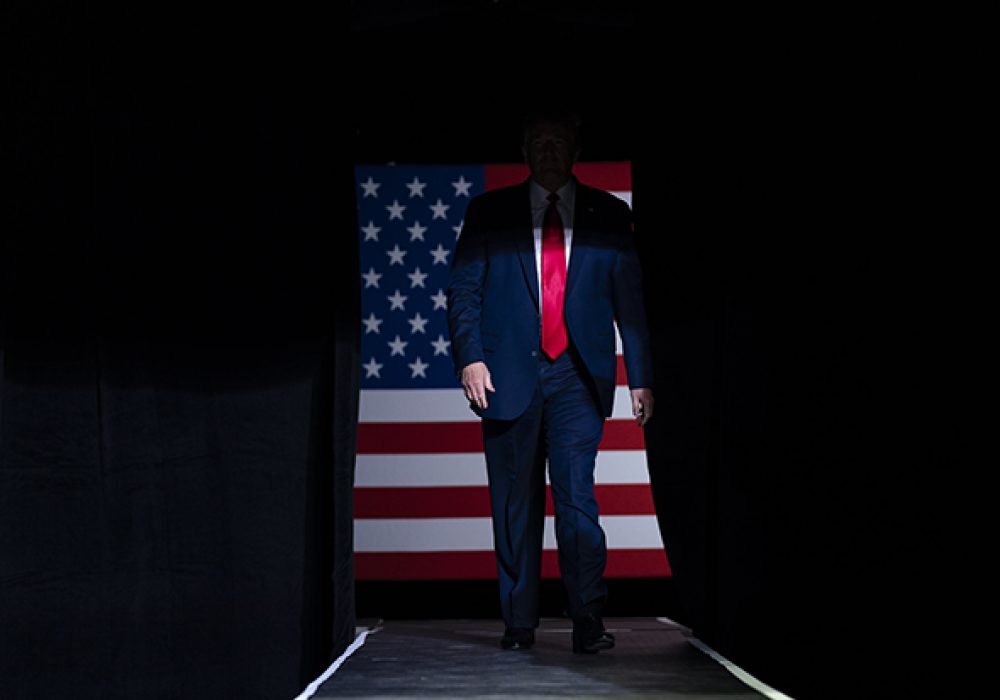 In this June 20, 2020, file photo President Donald Trump arrives on stage to speak at a campaign rally at the BOK Center in Tulsa, Okla. (AP Photo/Evan Vucci, File)

Donald Trump is not a dictator. There are plenty of things for Americans to be concerned about right now. The coronavirus. Election interference. China. To name a few.

But Donald Trump becoming a dictator is not one of them.

There is a growing chorus of concerned citizens proclaiming that Trump is seizing dictatorial control over our nation. Investigative journalist Jonathan Greenberg, for example, recently warned about the “twelve signs Trump would try to run a fascist dictatorship in his second term.” National columnist Ann McFeatters explained that “I know authoritarianism when I see it. And that’s what we’ve got in the good ol’ USA.” The chairman of the House Judiciary Committee, Jerry Nadler, put it bluntly on the Senate floor during Trump’s impeachment trial: “He is a dictator.”

These fears stem from legitimate concerns about the 45th president. And Trump deserves much of the criticism he receives. But the narrative is confused. Trump is no dictator.

For starters, the checks and balances in our constitutional system won’t let it happen. Indeed, federal and state governments have consistently stymied Trump’s ability to achieve his goals. A Democrat-led Congress has thwarted his legislative agenda and impeached him. The courts have repeatedly ruled against him – and he has not once contested the legitimacy of those decisions. His own executive branch has investigated him for years and sent several of his associates to jail.

It’s no different at the state level. Governors fight him tooth and nail. Attorneys general sue him left and right. Even mayors contest his orders regularly.

Trump is, moreover, loudly criticized by the press around the clock. And his former allies and family members blast him in bestselling books.

These things don’t happen to dictators – who, by definition, significantly control their own government, press and people.

True, the rest of the government and the press cannot make Trump more competent. Nor can they force him to stop tweeting absurdities. And Trump, like all presidents, has wide latitude to act in foreign affairs. (Gulp.) These are all important, and concerning, limitations on the ability to restrain Trump.

But that does not make him an all-powerful dictator. Just last term the Supreme Court – n a resounding rejection of any such notion – held that a state prosecutor may seek Trump’s personal financial information. Is there anything less dictatorial than a president being subject to criminal process by the local prosecutor?

The second reason why the narrative that Trump is becoming a dictator is confused is because he doesn’t have the talent, skill or work ethic to seize dictatorial control over the other power centers in government. Being a dictator is hard. Even if you inherit it from your father (like Kim Jong-on) or seize it from the ashes of a disintegrated empire (like Validimir Putin), maintaining dictatorship over an entire nation is not easy.

Trump is simply not up to the task. He does not understand the U.S. government well enough to monopolize it. He is, inarguably, the most constitutionally illiterate president in our history. Recall, for example, his claim that his “authority” over states “is total” in addressing the coronavirus – an absurdity (scoffed at by governors and mayors alike) that conflicts with the most basic principles of federalism. If anything, in the zero-sum power struggle between the various factions of government, Trump is losing ground to more effective participants at both the federal and state level.

Donald Trump (like all presidents) is very powerful. And our constitutional system is enduring a stress test with his presidency. Trump is, to be sure, many things. A promoter. A braggart. A bully. And so on. But a dictator? Not even close.

William Cooper is an attorney and columnist who has written for national publications.