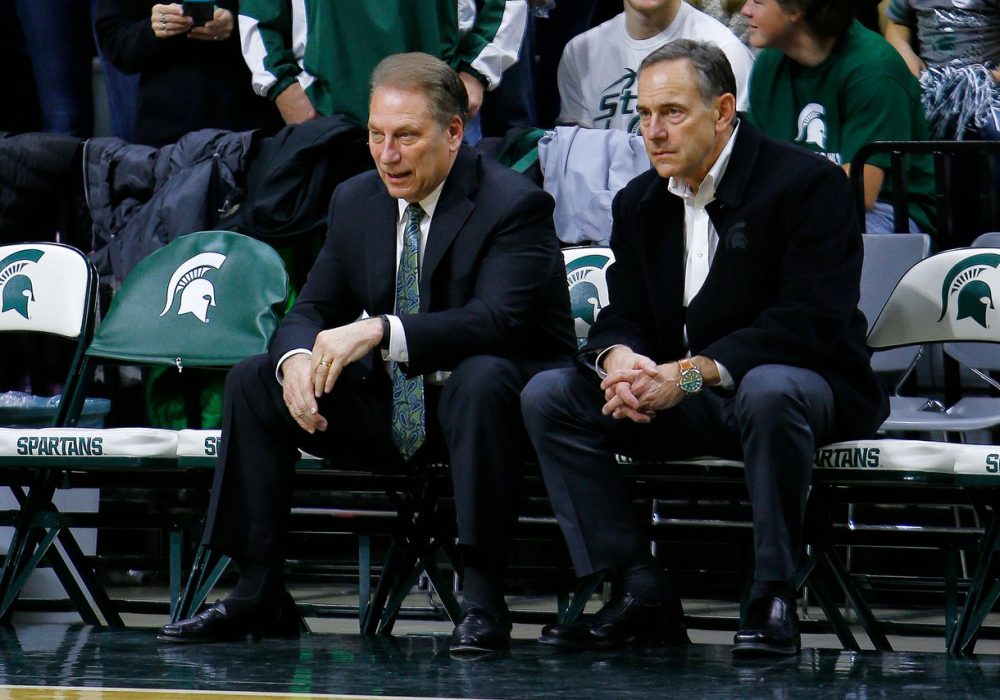 Tom Izzo is in the middle of a season and has plenty to keep him busy with his own team.

The Michigan State basketball coach is also very aware of the massive challenge the university is facing in finding a new football coach to replace Mark Dantonio, who announced his retirement last Tuesday. The process became more complicated when Cincinnati’s Luke Fickell, who was viewed as the top target, announced Monday he’s sticking with the Bearcats.

“We’re going to get a good football coach, I really believe we are,” Izzo said on Monday afternoon, hours after news broke Fickell wasn’t leaving Cincinnati.

Izzo has been with Michigan State since 1983, is in his 25th season as head coach and is a member of the Naismith Memorial Basketball Hall of Fame. He has been in East Lansing long enough to see football coaches George Perles, Nick Saban, Bobby Williams, John L. Smith and Dantonio either walk out the door or be fired. Izzo was part of the search process when Michigan State hired Dantonio, was on the plane that picked him up from Cincinnati and said he cried when watching Dantonio tell his team he was retiring.

10 potential coaching candidates for Michigan State with Luke Fickell out

Dantonio was hired away from Cincinnati in November 2006 and in 13 seasons with the Spartans became the program’s all-time winningest coach while racking up a trio of Big Ten titles. The task to find his replacement is up to athletic director Bill Beekman and a search committee, which includes deputy athletic director Alan Haller and deputy athletic director/compliance director Jennifer Smith. Beekman last week called Izzo an “important voice” in the process and Izzo on Tuesday said he has been involved.

“I think Alan and Bill and Jen have kept me very much involved,” Izzo said. “I will talk to some people, I will do some things. Coach D is still involved. I’ve got friends in the coaching world – that’s the one advantage I get – that I can call.”

Michigan State is a week into its search and Fickell pulling his name from it was a huge blow. And that came after Iowa State’s Matt Campbell, Pittsburgh’s Pat Narduzzi, Colorado’s Mel Tucker and 49ers defensive coordinator Robert Saleh all publicly said they plan on remaining in their current job or have reportedly turned down interest from the Spartans.

As Michigan State pushes forward in the search, Izzo is also dealing with a team that reached the Final Four last year and opened this season as the preseason No. 1 in the AP rankings but just dropped out of the top 25 amid a three-game losing streak. Senior point guard Cassius Winston’s brother Zachary died in November and junior forward Xavier Tillman’s wife is expected to deliver their second child soon.

Obviously Izzo has a lot on his plate and being part of finding the next football coach continues to take up a spot. He acknowledged the timing isn’t ideal but also how important the next coach is to the university.

“It carries a lot of your athletic department,” Izzo said. “And if they’re doing well, it’s better for me. … Whether I have time or not? I have time. I’m a big-picture guy. I’ve been here for 30-some years, I plan on being here for some more years. The new guy that’s coming in I hope he thinks I’m his biggest supporter.”