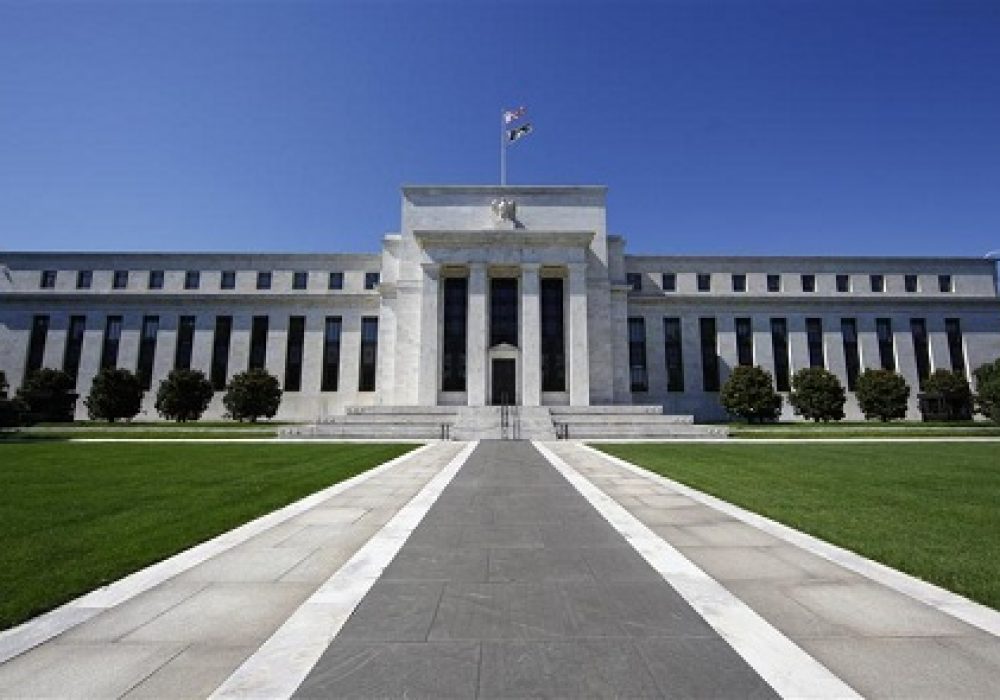 No real explanations by the Fed; it just dictates. It is a government of its own inside our government—the epitome of corporate socialism.

If you are a saver in a money market account or in a bank, you’ve already noticed your dwindling interest income as interest rates have been at their lowest in modern American history. Well, brace yourself. Your saving account has just become little more than a lock box, thanks to the supreme dictatorship of the Federal Reserve.

On Sunday, March 15, The Federal Reserve announced that it would cut interest rates to “near zero.”

The Federal Reserve is our version of what other countries call a Central Bank. The Fed is not funded by Congress; its budget comes primarily from interest on government securities and fees from financial institutions. Bankers influence who gets appointed to its Board of Governors. Bankers can also elect three directors directly to the boards of the Fed’s regional Boards.

The Fed decides in secret the fate of the monetary policy, which includes the interest rates paid on your savings. There are no public hearings or open dockets for submission of views.  No real explanations by the Fed; just dictates. It is a government of its own inside our government – the epitome of corporate socialism.

The President nominates members to the Board of Governors and they have to be confirmed by the Senate. This is almost an automatic process by a supine Senate. These nominated “governors” and Chairman Jerome H. Powell have allowed themselves to be publically bullied by Trump who, as a failed lifelong debtor, wants zero interest rates.

The Fed has no regard for the hundreds of billions of dollars in interest payments taken from one hundred million unorganized savers who have their savings in Treasury bonds, banks, and money market accounts. Now trillions of dollars’ worth of interest rates are getting “near zero.” What a blow by the Trumped Fed reducing interest rates from about 2.25% – 2.5% to near zero in five dictatorial steps over the past 14 months.

And the self-inflicted cycle of government-guaranteed corporate greed and abuse of power starts all over again.

The big Fed fib is that this cut in interest rates will stimulate a shaken economy buffeted by the coronavirus pandemic. How? By reducing mortgage rates and other costs of borrowing. Well, the last interest rate cut by the Fed saw mortgage rates actually increase. Moreover, the Fed’s move doesn’t affect the sky-high credit card interest rates on unpaid balances, the horrifically gouging “pay-day loan” and “rent-to-own” rackets and the towering interest rates charged by lenders for student loans. There is no Fed regulation of usurious interest rates by profiteering lenders.

Get our best delivered to your inbox.

What harms the economy is reduced interest income for savers that in turn cuts down on consumer demand.

So what is the Fed up to? Juicing the stock market and big finance is the narcotic offered to the executive suite speculators. To enhance further its credentials as the aider and abettor of crony capitalism, the Fed is buying $700 billion in government securities and will be increasing “its holdings of Treasury securities by at least $500 billion and its holdings of agency mortgage-backed securities by at least $200 billion” (See: Federal Reserve issues FOMC statement, March 15, 2020). At the same time, the Fed is reducing bank reserve requirement ratios to zero percent and letting banks tap into the Fed’s discount window at ridiculously tiny interest rates. The average interest on millions of student loans is 5.8%.

On Sunday, when no one was looking, the Fed imperiously announced its decision to hold interest rates near zero “until it is confident that the economy has weathered recent events and is on track to achieve its maximum employment and price stability goals.” That is a very nebulous standard. Congress doesn’t establish any standards for the Fed except the vague mission of advancing employment and maintaining a stable monetary system.

The Fed has its own inscrutable language. “Quantitative easing,” is jargon for printing trillions of dollars in liquid money to lift stock markets and big banks. What the Fed doesn’t want to explain is how boosting the “paper economy” and tolerating trillions of dollars in unstable corporate debt – some incurred for unproductive stock buybacks – helps the common worker.

Pension funds, conservatively invested, can’t begin to earn the interest rates called for by the actuarial tables for payouts. So, backed up against the wall, pension funds dive into riskier stock investments and derivatives for higher returns which bring their own perils in case of stock market collapses.

The Fed has lots of explaining to do for the public in plain language. But why bother? As described by William Greider, in his classic book, Secrets of the Temple: How the Federal Reserve Runs the Country, the Fed can do pretty much what the financial industry wants it to do. For all the help the Fed gives to the unrepentant speculative financial industry, it does not ask for anything in return for the huge bailouts that would help the common folk. “Reciprocity” is outside of the Fed’s self-defined dictionary.

After all, the Fed does nothing about rampant speculation and staggering debt until it sees a “liquidity problem” (a.k.a. “the greedy big boys got themselves into a fix”) and then it rushes to inject massive sums of liquidity into the economy as relief. And the self-inflicted cycle of government guaranteed corporate greed and abuse of power starts all over again.

Remarkably, groups like Consumers Union and the Consumer Federation of America are not fighting for the one hundred million small and mid-size savers who are being taken to the cleaners and have no voice whatsoever in the Fed dictatorship.

Our work is licensed under a Creative Commons Attribution-Share Alike 3.0 License. Feel free to republish and share widely.

Because of people like you, another world is possible. There are many battles to be won, but we will battle them together—all of us. Common Dreams is not your normal news outlet. We don’t survive on clicks. We don’t want advertising dollars. We want the world to be a better place. But we can’t do it alone. It doesn’t work that way. We need you. If you can help today—because every gift of every size matters—please do. Without Your Support We Won’t Exist.