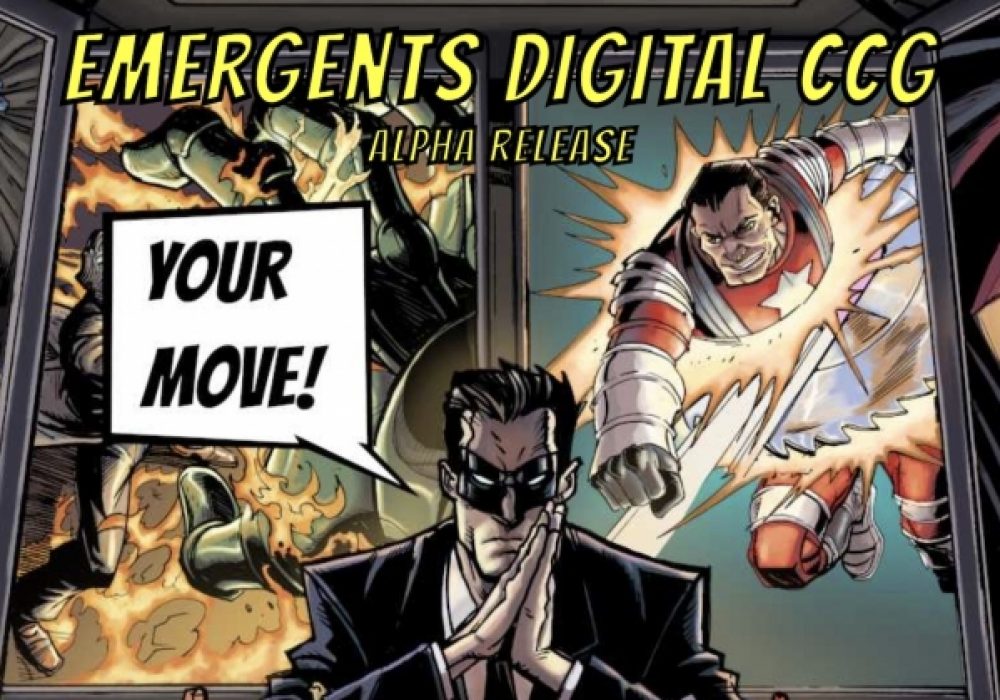 Digital card games like Hearthstone are fun, but getting the cards needed to play is not.

That’s a problem that Coase – a company launched by Tezos co-founder Kathleen Breitman – aims to solve with its new game, Emergents.

The new title, whose alpha version opens up to a select few in early April, comes as the market for online card games nears $2 billion in size and coronavirus-related shutdowns drive gamers indoors.

“Providing optionality makes people feel better and also it promotes experimentation, which is something that seems to have been lost in the transition to digital,” Breitman told CoinDesk in an interview.

In collectible card games, there are two giants. The original, analog version, Magic: The Gathering, which is arguably the most successful brand in the Hasbro portfolio; and the digital Hearthstone, which brings in an estimated $400 million for its owner, Blizzard Entertainment. But both have issues with how cards get distributed.

For those who have never played Magic, cards are distributed in physical packs, which each have a distribution of cards of different rarities. Generally speaking, only one or two cards per pack are worth holding onto. Anyone who plays knows they will inevitably end up with loads of unwanted duplicates. There’s a strong secondary market for Magic cards but the game’s maker has largely pretended it doesn’t exist.

Hearthstone is more complicated. Players get free cards. They can buy packs. They can also trade in their cards to get other cards, sort of, but they lose a lot of value when they do that. So, Hearthstone has a built-in secondary market, but it’s very extractive.

For Coase co-founder Zvi Mowshowitz – who is also a 2007 inductee to Magic Hall of Fame – both distribution approaches leave a lot to be desired.

Brian David-Marshall, a third co-founder, said Coase has “an economic model for doing a collectible card game on the blockchain that captures a lot of what makes physical card games great.”

Coase will be the primary and secondary marketplace all in one. Like bitcoin on Square’s Cash App, Coase will be the seller and the buyer for Emergents cards, essentially acting as a market maker.

The company is using bonding curves, much like Ethereum’s token-swapping platform Uniswap, to distribute the cards. Cards will have a fixed supply and their prices will swing with demand, determined by an algorithm. New cards will come out and be sold on the site at a low price.

Cards can be sold back to the company at something like 95 percent of their value. “One of the things we wanted to take advantage of with this blockchain technology is giving people the opportunity to feel really smart,” David-Marshall said.

So, for example, there could be a card that looks just OK to most players, but any longtime player of Magic knows that the value of cards can change swiftly as the community learns the game. If some player built a deck that did great things with that card, word would get around and it would go up in value fast.

So in this case “feeling smart” would also mean the option to sell a card back to Coase’s market for a nice gain.

Users can trade directly, of course, this is crypto, and people will be able to set up exchanges for the cards as well, but the founders hope the user experience of buying and selling most cards through Coase will be so good that players will primarily rely on their markets.

The whole project is being built on Tezos, so of course, all trades will be made in the blockchain’s native cryptocurrency, XTZ, but the company is also working to hide this behind fiat rails for users who don’t care about the crypto aspect.

Going digital also allows them to spin up interesting mechanics. For example, one of the most popular forms of Magic is “draft” where everyone buys three packs but players get some choice about what cards they keep.

Emergents plans a phantom draft, where players will have a similar experience but can then choose whether they want to buy cards they played with at the end of the game (or not).

Some cards will become more unique with use, which is where there might be opportunities for exchanges in uniquely blockchainy circumstances.

For example, Magic cards cannot keep track of games the cards have played. Digital cards can.

So it all depends on how popular the games get, but if the fandom gets big enough, serious fans might care about somewhat intangible qualities of the game that can be logged and proven on the blockchain, even if they don’t impact gameplay.

“Our cards have memory,” Mowshowitz said.

That means a card could have a record showing that it played in the winning deck at a major tournament. An artist or player could also digitally sign someone’s card, proving that the collector has met someone from the digital experience.

Coase’s bonding-curve-governed pools probably won’t be good at illuminating the card’s memory, which could create an opportunity for entrepreneurs to create a marketplace for cards with unique provenances. If the fanbase gets large enough, that is.

However, one key question anyone from centralized gaming will wonder is this: Will the company mess with supply?

For example, if the game suddenly spikes in popularity and supply gets tight, will they wreck card values by quickly pumping up supply?

The Coase co-founders were very clear on this: No. Cards will come out with fixed supplies and they will stick to it, which could be painful one day for players who really want something but also great for people who got that card early.

The view of the Coase team was that it had to be that way.

“This is crypto,” Mowshowitz said.

Of course, the plan for Coase works best if its first game comes out strong.

Emergents is still in alpha, but basically it’s a game of pitting super-beings against super-beings. The intellectual property is from an analog deck-builder created by David-Marshall called Emergents: Genesis.

Players act as the team leader of a gang of super-beings who are slowly coming out and attempting to attack the other player. To attack they first have to get past their opponent’s own team of super-beings. The games are divided into different factions, powered by different sorts of resources.

“The way you build your resources to play cards, is by playing cards,” David-Marshall said.

There are some elements of the game where the Coase team feels like they’ve added innovations to the form, but these don’t hinge on the game’s usage of blockchain technology.

“I think the needle that Zvi and Brian are trying to thread,” Breitman explained, “is making a game that has a lot of strategic depth that can also be enjoyed by novices.”

There’s also the ability to put cards on the field without using them immediately. That is, removing them from your hand but waiting for the right time to activate them.

To start, there will be a bunch of tutorials. The company will release a base set of free cards that everyone can start off with, in a format called “free card constructed.” Then other cards will come out each week that players can buy. This means that there will be new cards all the time and it also means that when the game gets out of balance in some way, Coase can quickly print new cards that deal with it.

Additionally, the company will eventually release a software development kit (SDK) that would even allow users to create new experiences for using their cards (new formats, new rules, new limitations). Magic cards have a basic game attached to them but players have invented lots of new games based on the cards. A player with some coding skill could do the same eventually with Emergents.

And if blockchains start communicating effectively, Emergents could even evolve beyond Tezos. There is, after all, a full metaverse for games out there.