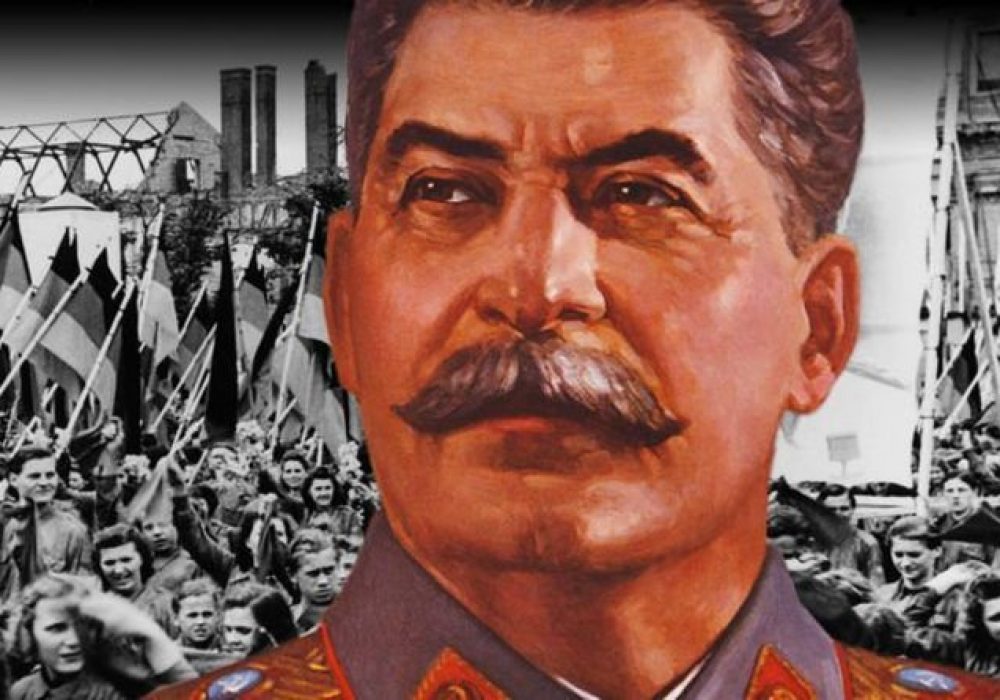 Last month, a Russian communist businessman unveiled a monument of Joseph Stalin on the 75th anniversary of Nazi defeat in WWII. The statue, erected in the town of Bor, was deemed illegal by local authorities. Yet, construction went ahead, with the finished product a three-metre-tall statue of the Soviet Union’s former premier, clad in military coat and cap.

It was received with applause from locals and Communist Party supporters.

In a video taken on the day, the Soviet national anthem can be heard playing.

It came amid global debate over the existence of memorials of historical figures who have since been disgraced for their actions.

Stalin played a pivotal role in the Soviet Union’s power grab over vast swathes of Eastern Europe and Central Asia.

He became a young revolutionary in the early 20th century, going on to take part in the 1917 Bolshevik revolution, overthrowing Tsar Nicholas Nicholas II.

After Vladimir Lenin’s death in 1924, Stalin was promoted through the ranks of the party, adopting a policy of demagoguery in the form of a national socialism – “Socialism in One Country” he named it.

He went on to rapidly industrialise the Soviet Union and land grab countless countries.

In all, Stalin is attributed to having ordered the killing of an estimated six to nine million people across the Soviet Union.

JUST IN: World War 3: Plans for UK to send troops to Balkans exposed

The mask did not have any of Stalin’s facial scarring engraved into it.

It did, however, show his trademark moustache and came with casts of both of his hands.

The mask, taken from a plaster cast before Stalin’s body was embalmed and believed to be one of 12 made following Stalin’s death, was bought by a telephone bidder on behalf of an overseas client.

It was brought into the auction house after a local found it in the attic of his grandfather, who has served in the Merchant Navy.

Auction house valuer Dan Ponder, speaking this week after the sale, said: “It was a bit of a shock when the owner handed it to me and asked me if it was something we could sell.

“He explained how he had found it among his grandfather’s possessions after he died.

“His grandfather was in the Merchant Navy, and he assumed he acquired it on his travels.

“No one was expecting it to reach £13,500, least of all the person selling it. He was delighted.”

The hands accompanying the mask show Stalin’s withered left hand, which was injured when he was hit by a horse when he was 12 years old.