Juan Rodulfo
post-title Shakespearean Stabbings, How to Feed a Dictator and Other New Books to Read – Smithsonian.com
Jul 15 2020 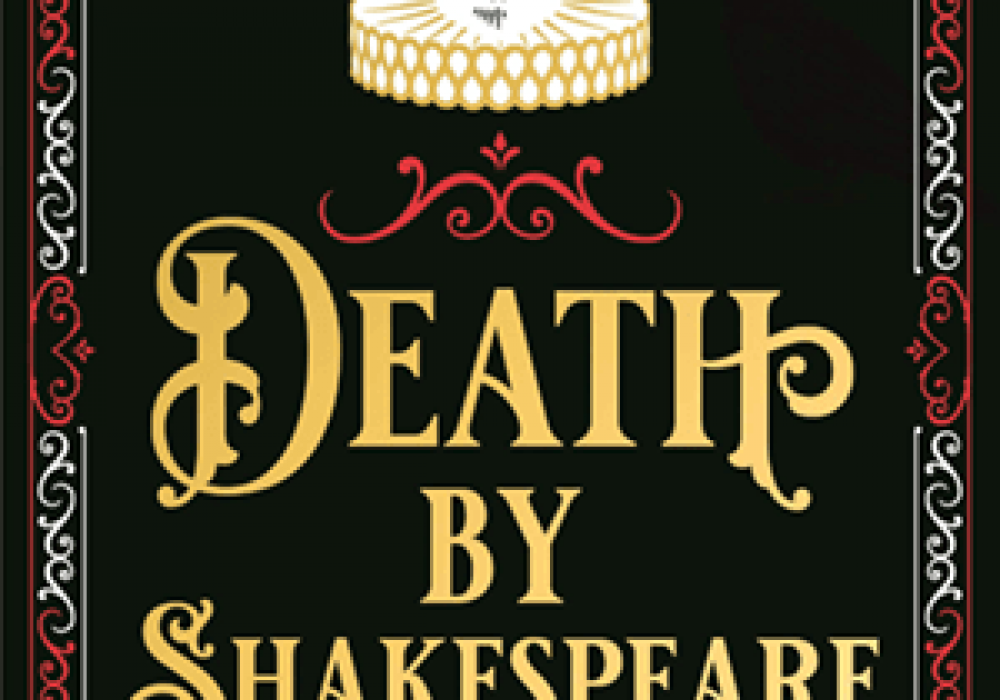 An estimated 74 heroes, villains and sidekicks featured in William Shakespeare’s writings meet unsavory onstage ends. Thirty of these men and women succumb to stabbing, according to a 2015 analysis by the Telegraph, while five die by beheading, four by poison, and three by both stabbing and poison. At the more unconventional end of the spectrum, causes of death range from grief to insomnia, indigestion, smothering, shame and being baked into a pie.

Kathryn Harkup’s Death By Shakespeare: Snakebites, Stabbings and Broken Hearts adopts a scientific approach to the Bard’s many methods of killing off characters. As the chemist-by-training writes in the book’s prologue, Shakespeare may not have understood the science behind the process of dying, but as a someone who lived at a time when death—in the form of public executions, pestilence, accidents and widespread violence—was an accepted aspect of everyday life, he certainly knew “what it looked, sounded and smelled like.”

The latest installment in our “Books of the Week” series, which launched in late March to support authors whose works have been overshadowed amid the COVID-19 pandemic, details the science behind Shakespeare, the golden age of aviation, women doctors of World War I, the meals enjoyed by five modern dictators and the history of the controversial Shroud of Turin.

Representing the fields of history, science, arts and culture, innovation, and travel, selections represent texts that piqued our curiosity with their new approaches to oft-discussed topics, elevation of overlooked stories and artful prose. We’ve linked to Amazon for your convenience, but be sure to check with your local bookstore to see if it supports social distancing-appropriate delivery or pickup measures, too.

The author of A Is for Arsenic and Making the Monster: The Science Behind Mary Shelley’s Frankenstein continues her macabre cultural musings with an immensely readable roundup of Shakespearean death. Looking beyond the literary implications of characters’ untimely passing, she explores the forces that shaped the Bard’s world and, subsequently, his writing.

Sixteenth-century London was a hotbed of disease, unsanitary living conditions, violence, political unrest and impoverishment. People of the period witnessed death firsthand, providing palliative care in sick friends’ and family members’ last moments, attending strangers’ public executions, or falling prey to misfortune themselves. Writes Harkup, “With limited effective medical treatments available, the grim reality of death, from even the most trivial of illnesses and infections, was well known, up close and in detail.” It is perhaps unsurprising, then, that all of Shakespeare’s plays reference disease in some capacity.

After establishing this sociopolitical context, Harkup delves into chapter-by-chapter analysis of specific characters’ causes of death, including infirmity, murder, war, plague, poison, emotion and bear attack. The author’s scholarly expertise (she completed two doctorate degrees in chemistry before shifting focus to science communication) is apparent in these chapters, which are peppered with rather clinical descriptions: In a section on King Lear, for instance, she mentions—and outlines in great detail—the “clear post-mortem differences between strangulation, suffocation and hanging.”

Death By Shakespeare is centrally concerned with how its eponymous subject’s environment influenced the fictional worlds he created. Combining historical events, scientific knowledge and theatrical carnage, the work is at its best when determining the accuracy of various killing methods: In other words, Harkup asks, how exactly did Juliet appear dead for 72 hours, and is death by snakebite as peaceful as Cleopatra claimed?

Empires of the Sky: Zeppelins, Airplanes, and Two Men’s Epic Duel to Rule the World by Alexander Rose

Today, most people’s knowledge of the zeppelin is limited to the 1937 Hindenburg disaster. But as historian Alexander Rose writes in Empires of the Sky, the German airship—invented by Count Ferdinand von Zeppelin at the turn of the 20th century—was once the world’s premiere form of air travel, easily outpacing its contemporary, the airplane.

The airship and airplane’s fight for dominance peaked in the 1920s and ’30s, when Zeppelin’s handpicked successor, Hugo Eckener, faced off with both the Wright Brothers and Pan American Airlines executive Juan Trippe. Per the book’s description, “At a time when America’s airplanes—rickety deathtraps held together by glue, screws, and luck—could barely make it from New York to Washington, Eckener’s airships serenely traversed oceans without a single crash, fatality, or injury.”

Though the zeppelin held the advantage in terms of safety, passenger satisfaction and reliability over long distances, the airplane enjoyed the benefit of sheer quantity, with the United States producing 3,010 civilian aircraft in 1936 alone. The Hindenburg, a state-of-the-art vessel poised to shift the debate in airships’ favor, ironically proved to be its downfall.

Detailing the aftermath of an October 9, 1936, meeting between American and German aviation executives, Rose writes, “Trippe … suspects the deal is done: America will soon be in the airship business and Zeppelin will duel with Pan American for mastery of the coming air empire.” Eckener, meanwhile, flew home on the Hindenburg in triumph, never guessing that his airship had “exactly seven months left to live.”

No Man’s Land: The Trailblazing Women Who Ran Britain’s Most Extraordinary Military Hospital During World War I by Wendy Moore

At the turn of the 20th century, the few female doctors active in Great Britain were largely limited to treating women and children. But when war broke out in 1914, surgeon Louisa Garrett Anderson and anesthesiologist Flora Murray flouted this convention, establishing a military hospital of their own in Paris and paving the way for other women doctors to similarly start treating male patients.

Housed in a repurposed hotel and funded by donations from friends, family and fellow suffragists, the pair’s hospital soon drew the attention of the British War Office, which asked Anderson and Murray to run a military hospital in London. As author Wendy Moore points out, this venue “was, and would remain, the only military hospital under the auspices of the British Army to be staffed solely by women doctors and run entirely by women.”

Tens of thousands of patients arrived at the hospital over the next four-and-a-half years, according to Kirkus’ review of No Man’s Land. Staff performed more than 7,000 surgeries, treating previously unseen ailments including the aftereffects of chlorine gas attacks and injuries inflicted by artillery and high-explosive shells. Though initially met with distaste by men who dismissed a hospital run by “mere women,” Anderson and Murray’s steadfast commitment to care managed to convince even their critics of women’s value as physicians.

In 1918, the flu pandemic arrived in London, overwhelming the pair’s Endell Street Military Hospital just as the war reached its final stages. Writes Moore, “Now that they found themselves fighting an invisible enemy, to no apparent purpose, they had reached the breaking point.”

The pandemic eventually passed, and as life returned to a semblance of normality, women doctors were once again relegated to the sidelines. Still, Sarah Lyall points out in the New York Times’ review of the book, the “tide had started to turn” in these medical professionals’ favor—in no small part due to the perseverance of Anderson and Murray.

How to Feed a Dictator: Saddam Hussein, Idi Amin, Enver Hoxha, Fidel Castro, and Pol Pot Through the Eyes of Their Cooks by Witold Szablowski

The favorite meals of five 20th-century dictators are more mundane than one might think. As Rose Prince writes in the Spectator’s review of Polish journalist Witold Szablowski’s How to Feed a Dictator, Saddam Hussein’s cuisine of choice was lentil soup and grilled fish. Idi Amin opted for steak-and-kidney pie complemented by a dessert of chocolate pudding, while Fidel Castro enjoyed “a simple dish of chicken and mango.” And though popular lore suggests Pol Pot dined on the hearts of cobras, the Cambodian dictator’s chef revealed that he actually preferred chicken and fish.

According to Szablowski, How to Feed a Dictator strives to present “a panorama of big social and political problems seen through the kitchen door.” But tracking down the personal chefs who kept these despots—Hussein, Amin, Castro, Pot and former Albanian prime minister Enver Hoxha—well-fed proved to be an understandably difficult task. Not only did Szablowski have to find men and women who didn’t particularly want to be found, but he also had to earn their trust and convince them to discuss traumatic chapters in their lives. Speaking with Publishers Weekly’s Louisa Ermelino, Szablowski notes that Amin’s, Hoxha’s and Hussein’s chefs were simply culinary professionals; Castro’s and Pot’s, on the other hand, started off as partisans.

The Holy Shroud: A Brilliant Hoax in the Time of the Black Death by Gary Vikan

Gary Vikan has spent some 35 years tracking down evidence refuting the Shroud of Turin’s authenticity. In The Holy Shroud, Vikan—former director of Baltimore’s Walters Art Museum and a respected art historian—outlines his findings, arguing that the controversial burial cloth belonged not to Jesus, but to a medieval artist employed by French monarch John II at the height of the Black Death.

“I knew right away that the Holy Shroud was the fake, for the simple reason that it does not fit into the chronology of Christian relics or iconography, and because it appears for the first time in the historical record in 14th century France,” wrote Vikan in a blog post earlier this year. “ … [W]ith the help of a brilliant scientist, I am [now] able to answer the questions of when, why, by whom, and how the Shroud was made.”

Per the book’s description, John II gifted the “photograph-like body print” to his friend Geoffroi de Charny shortly before the latter’s death at the Battle of Poitiers in 1356. Originally meant as an “innocuous devotional image” for the knight’s newly-built church, the cloth was soon reinvented as one of Christianity’s most significant relics.

“Miracles were faked,” says Vikan, “and money was made.”