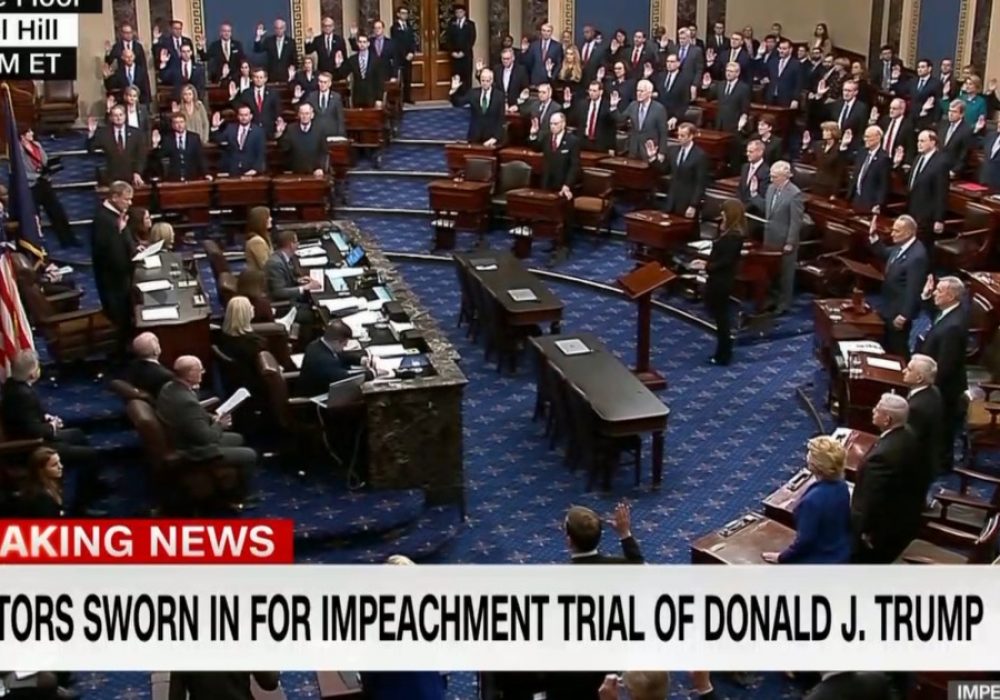 To the editor: Within three years, Donald Trump’s presidency has shown itself to be corrupt. Now, members of the United States Senate have taken an oath of impartiality as jurors in the president’s impeachment trial, but it looks as if they will not hear testimony or compel anyone to testify.

A trial like this only happens in dictatorships, where the jury is told what to believe and how to vote. The corruption of the United States government is now on display for the world to see.

To the editor: Certainly a charade is being played out with the formal charges for impeachment against a sitting president. The Democratic minority in the Senate is aware that there is no chance of removing Trump as president with a Republican majority.

The only question to be asked is whether this will help or hurt the Democrats in the 2020 election.

The memory of the electorate is short, and most voters will forget the entire content of the impeachment proceedings as other news takes priority. There will be no impeachment winners and losers, only participants.

To the editor: In one of your articles you stated: “The president’s fate is all but certain. Democrats are nowhere near the 67 votes they would need to remove him from office.”

While that is factually true, you missed a prime opportunity to shed more light on a shameful situation and instead you’ve made it sound normal and acceptable.

Senate Majority Leader Mitch McConnell (R-Ky.) has said that he has been coordinating impeachment defense strategies with the Trump White House. This is a travesty of justice. What if members of a jury said they were working with the defendant and his lawyers before the trial started?

Republican senators should be held accountable for this clearly unethical behavior, and it has to start with the media.