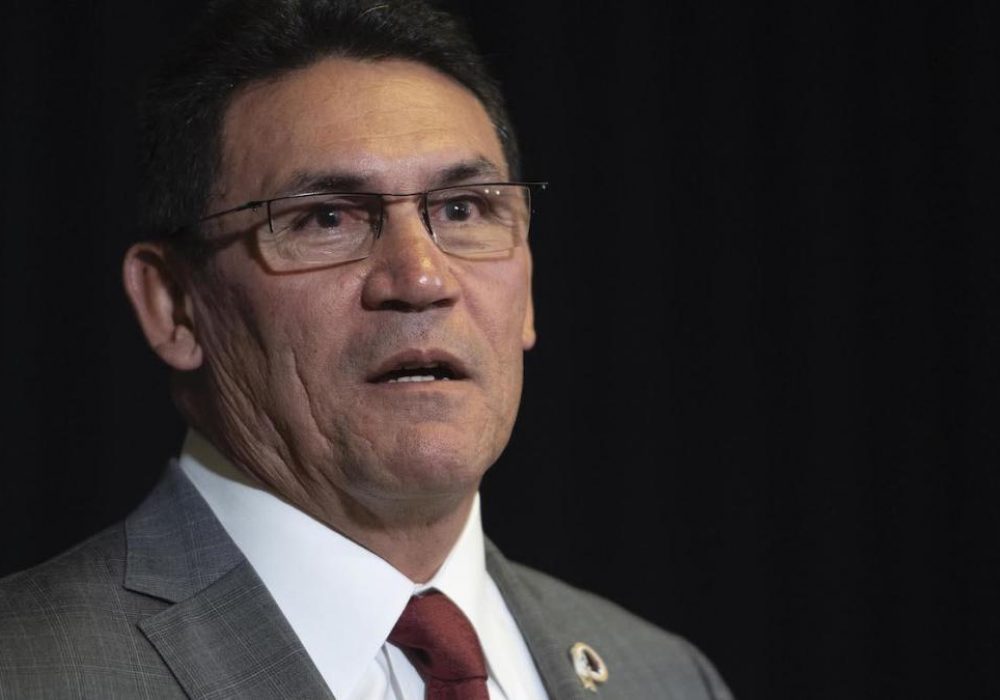 The Washington Redskins are entering a period of transition this offseason. Jay Gruden is gone, Ron Rivera is here and he has started to put together his staff. On Monday, the Redskins announced that they were hiring an assistant that would make history.

According to their official website, the Redskins are hiring Jennifer King as a full-year coaching intern. She will be the NFL‘s first African American female full-time assistant coach.

Rivera and King had a preexisting relationship. Back during his time with the Carolina Panthers, Rivera had hired King as a wide receivers coaching intern for two summers according to ESPN. King worked one-on-one with rookies on playbook proficiencies and individual skill development along with analyzing drill efficiency and drill concepts. She worked extensively with star running back Christian McCaffrey.

In this new role, King will work with the offensive staff throughout the course of the offseason, training camp and regular season, and specifically assist coach Randy Jordan with the running backs.

“Jennifer is a bright young coach and will be a great addition to our staff,” said Rivera. “Her familiarity with my expectations as a coach and my firsthand knowledge of her work ethic and preparation were big factors in bringing her to the Redskins.”

King has worked as an offensive assistant with Dartmouth College, and worked primarily with the wide receivers. She also spent some time in the short-lived Alliance of American Football, where she was an assistant wide receivers coach and special teams assistant for the Arizona Hotshots. During that time, she helped former Redskins receiver Rashad Ross develop into one of the most recognizable stars in the league.

King has already created quite a resume for herself, and it will be interesting to see if she can continue her climb up the coaching ranks with the Redskins.