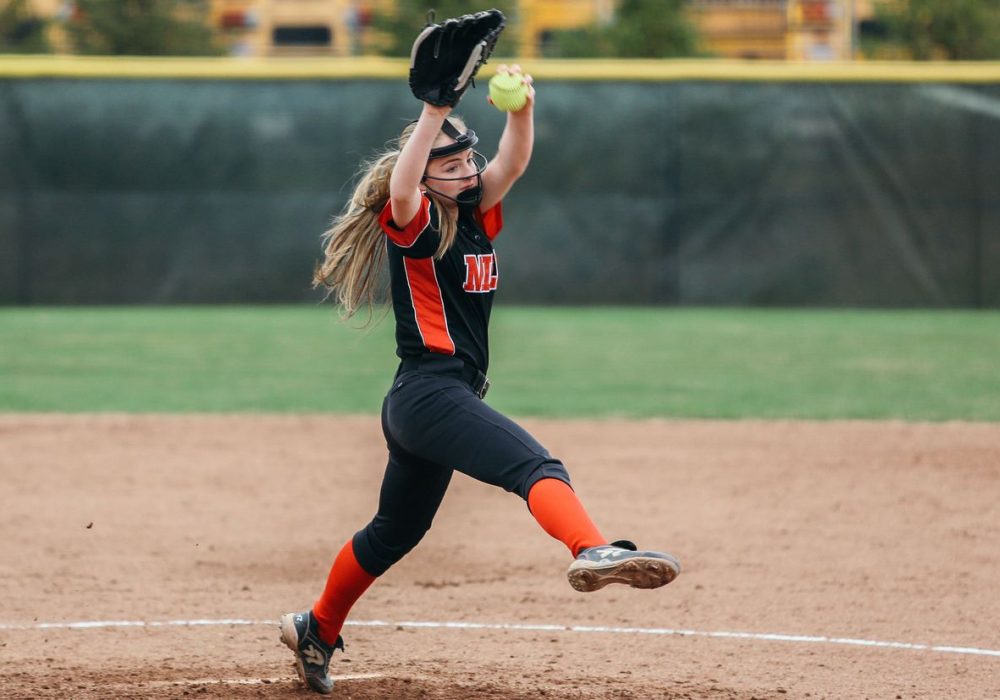 MILAN – Not everyone believed in Emily Raubuch’s ability in the circle.

Luckily, the Milan senior pitcher didn’t need anyone’s approval but her own.

After developing a love for the game of softball at a young age, Raubuch transformed herself into one of the top players in the Ann Arbor area and will now compete at the Division I level for Morgan State.

“When I first started out, I was not good at all,” Raubuch said during a phone interview with MLive Monday. “But I kept trying and kept pushing, no matter how many people told me, ‘Oh, you’re not going to be a good pitcher.’

“I always kept working and kept using that (doubt) to motivate me and that’s what gave me the dedication that I have today.”

Raubuch developed into an ace pitcher for the Big Reds. In three seasons, she recorded 487 strikeouts with an earned run average of 1.9 en route to earning all-Huron League honors her sophomore and junior seasons.

What Raubuch was able to accomplish in three years allowed her to silence the doubters and opened the door for an opportunity to continue playing at the next level.

“I felt like I was at home when I was there and I kind of knew this was a school that beats all the other ones,” Raubuch said of Morgan State. “It feels amazing. I always knew that if I put my mind to it I could do it, so it definitely feels rewarding knowing that all the time I put in never went to waste.

“I’m happy with the ball player I am today and that’s all that matters.”

Milan softball coach Courtney Brothers only had one season with Raubuch but that’s all it took for her to gain an appreciation for Raubuch.

“In softball, there’s this stereotype of a pitcher’s mentality. They really are a unique breed, but Emily was unlike any pitcher I’ve ever played with or coached,” Brothers said. “She was very honest and hard on herself and wasn’t going to blame her teammates if a hit got through.

“She was harder on herself than anyone else needed to be and I think that made her great. If she did give up a hit, she came back harder. She took it all personally and she wanted to get better.”

Raubuch will leave a legacy at Milan that could have had more accolades added this year. And while her name will be in the record books, the 2020 graduate wants her teammates to be right there with her.

“There are some really good athletes at Milan, so I’m grateful to be among those that can be remembered,” Raubuch said. “All the girls on my softball team are amazing athletes and we all helped each other to become one big great team because obviously I didn’t do it by myself.

“It was definitely a team effort and I’m grateful to be a part of Milan (history) for the rest of my life.”

Presenting the 5 greatest Milan athletes since 2000

Who would have been Ann Arbor’s top boys distance runner in 2020?

Which Ann Arbor-area girls distance runner will we miss watching most in 2020?