Juan Rodulfo
post-title In the Second Volume of ‘Hitler,’ How a Dictator Invited His Own Downfall – The New York Times
Aug 31 2020 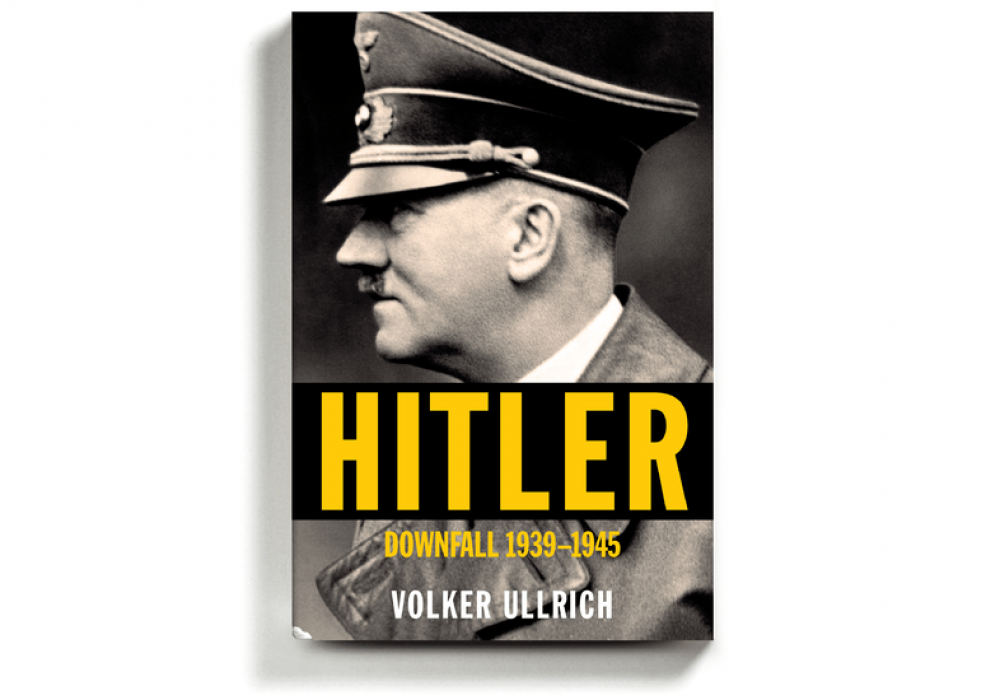 The impulsiveness and grandiosity, the bullying and vulgarity, were obvious from the beginning; if anything, they accounted for Adolf Hitler’s anti-establishment appeal. For Germany’s unpopular conservative elites, Hitler’s energy and theatrics made him an enticing partner when they appointed him chancellor on Jan. 30, 1933.

But anyone who thought the Nazis would be content with their share — that Hitler would rise to the occasion or be hemmed in by it, becoming a dignified statesman who sought compromise — was summarily purged from the system that conservatives assumed they controlled. An utter impossibility had become the indomitable reality. The Weimar Republic had become the Third Reich. It would take another world war, a genocide and millions of dead before the dictatorship finally collapsed in 1945, a full 12 years after Hitler was invited into power.

In the second and final volume of his biography of Hitler, Volker Ullrich argues that the very qualities that accounted for the dictator’s astonishing rise were also what brought about his ultimate ruin. “Hitler: Downfall, 1939-1945” arrives in English four years after the publication of “Hitler: Ascent, 1889-1939.” It’s a biographical project that consumed eight years of Ullrich’s life and “took a definite psychological toll,” he writes in his introduction to the second volume. Like the British historian Ian Kershaw, who divided his own two-volume biography of Hitler into “Hubris” and “Nemesis,” Ullrich suggests that the Hitlerian regime was capable of only two registers: euphoria and despair. Hitler was shrewd about seizing power, but he was too restless and reckless to govern. A Third Reich that cultivated peaceful stability was simply unfathomable.

“Downfall” begins just after Hitler’s 50th birthday, with the Führer entertaining thoughts of invading Poland as if it were a present to himself. “I have overcome the chaos in Germany, restored order and hugely increased productivity in all areas of our national economy,” he bragged to the Reichstag, even if the actual situation was considerably less stellar than he proclaimed. Years of enormous military expenditures had pushed Germany to the brink of economic collapse. Hitler had made a mess, and a war would clean it up. The idea, Ullrich writes, was to “transfer the costs of this financial crisis to the peoples that Germany was going to subjugate.”

At first, Hitler’s standard approach — lying, blaming others and launching surprise attacks — made for a successful wartime strategy. Nobody seemed willing to believe that he would be so greedy and foolish as to start an expansionist conflagration until he did. His propaganda minister Joseph Goebbels instructed journalists to avoid the word “war” and make the invasion sound as if Germany were repulsing a Polish attack, while Hitler was telling his minions that “the Poles need to get socked in the face.”

Hitler was who he was — the question became what the people around him were willing to do about it. The military commanders who voiced no objections to the Polish invasion balked when Hitler decided to go to war with the West, reassuring one another that they were determined to “put the brakes” on any disaster that was unfolding. But they were all intention and no action. “The final hope is that perhaps reason might prevail in the end,” one general confided to his wife.

Ullrich goes into detail when recounting the military history, depicting war as the inevitable expression of Germany’s fascist regime. In Jefferson Chase’s translation, the narrative moves swiftly, and it will absorb even those who are familiar with the vast library of Hitler books. To read “Downfall” is to see up close how Hitler lashed out — compulsively, destructively — whenever he felt boxed in. He had the instinct of a crude social-Darwinist who also liked to gamble, experiencing the world only in terms of winning and losing. As he told one of his skittish field marshals, “I have gone for broke all my life.”

And he felt boxed in all the time — in peace but especially in war, sending his troops to invade the Soviet Union in 1941, less than two years after signing a nonaggression pact with Stalin. The reason Hitler gave was couched in euphemisms like “living space,” but Ullrich prefers to define Operation Barbarossa in terms of what it actually started: “A racist war of conquest and annihilation unparalleled in human history.”

Hitler sometimes suggested he would be sated by exclusion and exploitation. “We will construct a gigantic wall separating Asia from Europe,” he promised. He declared that Slavs in occupied territories would be used for slave labor, and that their children would be educated only to the point where they could distinguish between German traffic signs. But his ambitions, as always, became ever more extreme and murderous, even if local authorities in the Third Reich had already been competing among themselves to make themselves “free of Jews.”

Hitler was a scattershot, undisciplined leader, prone to tardiness and meandering monologues, but the one unwavering constant was his virulent, fanatical anti-Semitism. He was continually railing against “Jewish Bolshevism” or “Jewish plutocracy,” depending on whether he wanted to emphasize the enemy to the East or the enemy to the West. As the war dragged on, he started painting himself as the savior of Europe, fulminating nonsensically but lethally against “the Jewish-capitalist-Bolshevik plot.”

As Ullrich points out, Hitler never issued a written order to exterminate the Jews, because he didn’t need to: He preferred to traffic in generalities instead of specifics, verbally making his wishes known so that his careerist minions could figure out the rest. “Part of his style of rule was to blur areas of responsibility and encourage rivalries to remind everyone concerned of his position as the sole ultimate arbiter,” Ullrich writes. Kershaw called this “working towards the Führer.” It was a method that allowed Hitler to feed his vanity while also preserving the option to deflect any blame onto others.

By 1941, Ullrich writes, Germany’s defeat was already assured, but Hitler would have none of it, getting rid of any military experts who challenged him. He doubled down on his own pitilessness, even toward his own people, saying that if they didn’t fight “they deserve to die out.” Following Hitler’s lead, Goebbels treated the Germans like chumps to be duped. “There are so many lies that truth and swindle can scarcely be distinguished,” he noted with satisfaction in his diary during the early stages of Barbarossa. “That is best for us at the moment.”

The truth did emerge in the end, but only after years of mass death and cataclysmic destruction. Hitler had peddled so many lies that the fantasy he created was stretched impossibly thin. For all his pretensions to invincibility, he ended up a broken, sickly man, who confronted the reality bearing down on him by killing himself in his bunker. He had ordered his people to burn his body, so that only a few charred bits of bone and pieces of dental work remained. As Ullrich puts it, “There was hardly anything else left of the man who at the height of his career had fancied himself the ruler of the world.”