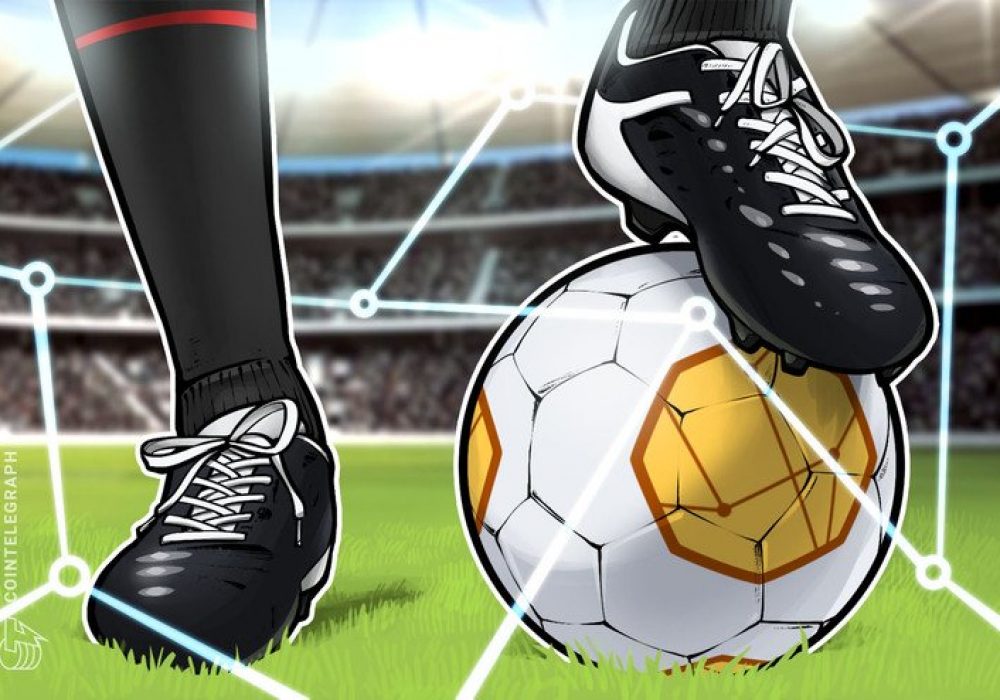 The fan token of top-tier soccer team Paris Saint-Germain (PSG) is now available for sale on the blockchain platform Socios, the team announced in a tweet on Jan. 28.

As one of the first uses of the $PSG Fan Token, holders will vote on an inspirational message to be printed on the armband of the captain — Thiago Silva — when the team takes the pitch.

According to a tandem announcement from Socios, the PSG fan token offering, or FTO, is now open on its website. Socios also offered an AR token hunt game for its native Chiliz $CHZ tokens which, once found, could subsequently be used to buy PSG’s fan token.

PSG fans who take part in the polling process will receive rewards points. The more rewards points that a user holds, the more likely they are to win prizes like unique merchandise, VIP tickets, or an opportunity to meet players.

As Cointelegraph previously reported, PSG initially partnered with Socios to work on its blockchain-based fan token in September 2018. Since then, a slew of other major soccer teams from around the world have taken steps to offer their own assets.

Just a few weeks after the announcement of Socios and PSG’s partnership, major league Italian soccer club Juventus stated that it too was pursuing the development of a “Juventus Official Fan Token” with Socios.

Juventus fans this month voted on a new goal celebration song, marking the first token-holder poll run on the platform. Blur’s Song 2 will now play every time Juventus scores a goal at home.

Chiliz, the Malta-based company behind Socios, is also launching an exchange for fans to trade sports and entertainment tokens. The first assets to be listed when the exchange opens in February will be the Socios soccer partnership tokens.

Other clubs who have signed up include Atletico Madrid, Roma, Galatasaray and West Ham United.