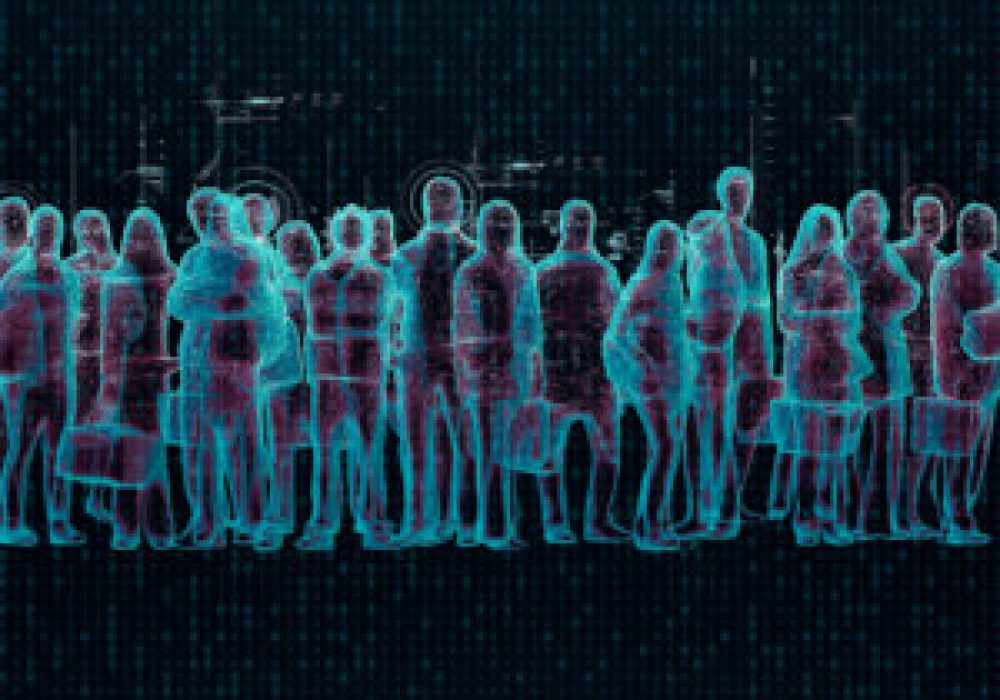 The adage that “our world runs on data” means that decisions are being based on vast amounts of statistics. Data-derived insights drive what time trains stop running, when Starbucks introduces holiday cups, and the temperature of the building you might be sitting in right now.

Even though most corporate roles now work with data, it’s shockingly easy to forget that people generate most of it. When a user clicks a link, gets blood taken at the lab, or sets up a smartwatch, that person generates data. As people move, buy, sell, use, work, and live, their actions nudge numbers up or down and drive organizational decisions, big and small.

If it’s your role to communicate data insights and persuade people to change their behavior, you’ll have more influence and promote better decision-making if you emphasize the people behind the numbers. In a story, we root for the hero as he or she maneuvers through roadblocks. To use data to steer your organization in the right direction, you need to tap into the human tale your data can tell.

By leveraging four techniques from storytelling, leaders can bring a richer, more human understanding to the problem that the data reveals and better understand the opportunities it presents. Those techniques are identifying the hero and the hero’s adversary, speaking with people generating the data, identifying and addressing conflict, and sharing context.

Search for the Hero and the Adversary in the Data

Because most organizational data is generated by humans, the first step toward insight is to empathetically understand the people whose actions generate that data and who can turn slumps around.

These data-generating people are the characters in your story. In any story, myth, or movie, we get to know various characters and grow to love some and revile others. Some become heroes who overcome the obstacles in their paths and eventually defeat their adversaries.

In a data story, the hero is whoever can play a role in moving the data in the desirable direction. For businesses, the heroes could be employees, customers, or partners.

Consider the scenario of a CEO at a midsize software company where sales dropped 30% in the previous quarter. As she’s faced with the task of course-correcting this sharp decline, she needs to dig into the question, “What happened?” To find out, she’ll have to understand the people behind the company’s numbers and who the hero is who can reverse the sales slump.

In this scenario, the CEO’s determination is that the sales team is the likely hero in the turnaround. The data shows that they have been working harder than ever, and the decline isn’t due to their lack of effort. But perhaps the team has an adversary, something or someone causing the numbers to go down. Or perhaps new inefficiencies have been introduced by a change in process or added bureaucracy.

Speak With the People Generating the Data

Data tells you what has happened in the past, but it doesn’t always tell you why. Talking to the people generating the numbers can help.

To help a hero get unstuck, a leader has to go straight to the source. Reading forums, conducting surveys, analyzing customer comments, and hiring consultants are all tools to help learn what is in the hero’s way. But the best way to really understand people’s issues is to speak with them directly.

To do so, identify a random sampling of data heroes. Speak with them, asking about their concerns, opinions, and motivations. Empathetically listen. You’ll hear things that surveys and Salesforce data simply can’t tell you.

By talking directly with a senior manager, the software CEO from our sample scenario might learn that her sales team has been struggling to fully adapt to new sales software that was designed to streamline a previously sticky process. While half of the sales team has wholeheartedly embraced the change, more senior team members are feeling frustrated. They’re fumbling to learn the new tool and still leaning on a legacy process.

This is a human element of the story that may not have been revealed through data alone. But after speaking with the people behind the numbers, our CEO knows who to work with in order to reverse the trajectory.

All heroes in a story face conflict. Having a hero to root for makes a tale engaging. Heroes typically face some classic encounters: discord with another character, clashes with nature, tension with a social group, war within themselves, and struggles with change.

In a business context, heroes can be in conflict with a system (as some of the sales team has been with the new software in our scenario), conflict with another person (a change in leadership could be causing issues within the organization), or conflict with themselves (maybe they’re struggling with burnout or didn’t take the training they were asked to).

By identifying the type of conflict people are facing, a leader gets a clearer view of how to communicate information that will help the hero get unstuck.

Current data points, though significant, don’t exist in a vacuum. Data collected over time creates a bigger picture of victories and defeats. Sharing context can help leaders motivate their organizations and move their heroes forward and on to victory, especially after a defeat.

More on This Topic

Listen to Duarte talk about how “Every Number Tells a Story” in the Three Big Points podcast.

In the sample scenario, if the CEO were to share just the most recent data, her team might not feel that they can recover the lost sales to date. Seeing a 30% decrease could demoralize them. But if the CEO zooms out a little and looks at a longer time frame, she might discover that sales bounced back after a similar decline five years earlier.

Sharing the details about how the sales team recovered in the past demonstrates to them that if they could make a turnaround then, they can certainly do it again.

We should never let our data speak for itself. With big data as pervasive as it is today, it is easily classified as noise, and that’s especially true when there is no real context to support it. Productive people help data move in a desirable direction. In every shocking statistic, hockey-stick growth curve, or line chart that hits the x-axis like a lead balloon, there’s a heroic story waiting to be revealed.

Learning to curate and tell stories within an organization can become a kind of superpower for a leader. By humanizing the data, leaders bring a greater understanding to the problems that data initially reveals. When they take the time to speak with the data story’s characters, get to know the hero-in-waiting’s fears and motivations, address the conflict that the hero is facing, and put the data challenge into an appropriate context, leaders develop a deeper, more human connection to their opportunities for moving forward.