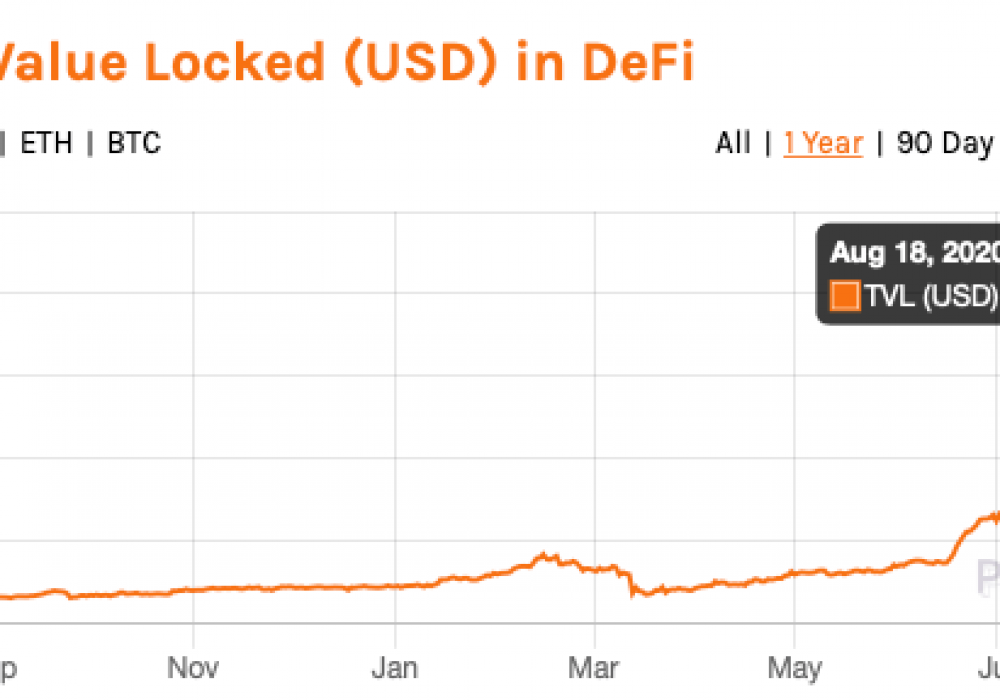 It’s been two steps forward, one step back for bitcoin (BTC) over the past couple months.

Prices were down early Wednesday for a second straight day after pushing earlier this week past $12,000 to a new 2020 high. The price move accelerated as traders got hit with margin calls on the BitMEX exchange.

You’re reading First Mover, CoinDesk’s daily markets newsletter. Assembled by the CoinDesk Markets Team, First Mover starts your day with the most up-to-date sentiment around crypto markets, which of course never close, putting in context every wild swing in bitcoin and more. We follow the money so you don’t have to. You can subscribe here.

A sell-off on Tuesday didn’t fit into any neat investment pattern: The Standard & Poor’s 500 Index of U.S. stocks rose to a record, in a move widely attributed to the Federal Reserve’s trillion-dollar money injections, which theoretically could produce inflation. Bitcoin is seen by many investors as an inflation hedge, but gold prices, a traditional inflation hedge, rose. And the dollar fell, which also should theoretically push up bitcoin prices, since the cryptocurrency is denominated in dollars.

This year’s rapid expansion in decentralized finance, or DeFi, has been so remarkable that analysts with the Norwegian digital-asset analysis firm Arcane Research are now calling the phenomenon “exuberant.”

It’s been a “summer of crazy returns,” Arcane wrote Tuesday in a report. There are plenty of instances, most notably the recent mania in fresh-off-the-run “yield farming” tokens like Compound’s COMP and the now-kaput YAM. CoinDesk’s Paddy Baker reported early Wednesday news of another DeFi protocol, Spaghetti Money, which has no public figurehead or audited code, and it  just attracted $200 million.

What investors are now trying to come to grips with is how much of this is real, promising innovation and how much is just crypto traders playing games with experimental DeFi building blocks; the projects are sometimes even referred to as “Money Legos.”

Entrepreneurs say they’re racing to build a better version of banks, trading firms and insurance companies, using blockchain technology and decentralized networks in concert to cut out rent-seeking middlemen; projects are supposedly controlled by “autonomous” governance systems. It’s all part of the industry spirit, which often seems like it’s live, but is still in beta and using real money. And the sums are getting larger, fast. An index of 11 DeFi tokens created by the cryptocurrency exchange FTX has more than doubled in the past two months. Total value locked in DeFi systems, the most common way of measuring their success, has surged almost 10-fold this year to $6.8 billion, according to the website DeFi Pulse.

As with any hype cycle, there’s a lot of room for confusion and loss. The data firm Messari wrote Tuesday in an email that some digital tokens referred to as “DeFi tokens” aren’t even really DeFi tokens. (See the Chainlink entry in Token Watch, below.)

Eric Ervin, CEO of the cryptocurrency investment firm Blockforce Capital, wrote Tuesday that YAM’s rise and fall “should serve as a reminder that when it comes to investing, there is no free lunch.”

And Mati Greenspan of Quantum Economics wrote Tuesday that “my preference, especially in the current crypto market, is to hold onto the more stable store-of-value coins.”

At a time when even traditional markets are now seen by many investors as irrationally exuberant, in the midst of a global pandemic and worldwide recession, it’s getting increasingly difficult to sort the productive from the crazy.

“Bitcoin is beginning to show signs of lethargy,” the Singapore-based QCP Capital said early Wednesday in its Telegram channel.

The failed breakout, coupled with the bloated bullish positioning in the futures market suggests scope for an extended correction.

The immediate support is seen near $11,600, which, if breached, would open the door for a decline to $11,000. The broader bullish view remains intact with the U.S. inflation expectations rising to six-month highs.

Chainlink (LINK) rises to record despite apparently not being a DeFi token: The token for the decentralized finance (DeFi) oracle provider has continued its price rally, a 10-fold increase since a market sell-off in March. Searches for “chainlink” as well as the token’s trading volumes have soared. The project’s market capitalization has also surpassed bitcoin cash’s (BCH), now the fifth highest among all digital assets at $6.2 billion, according to CoinGecko. Mati Greenspan, the founder of analyst firm Quantitative Economics, told CoinDesk some investors may be getting in over their heads. And the data firm Messari wrote Tuesday that Chainlink isn’t technically a DeFi token because its price-feed service “in and of itself is not financial in nature.”

YEarn.finance (YFI) skyrocketed on newly poured-in money: Prices for the governance token for the yEarn.finance have exploded since mid-July as investors flooded into the project. YEarn.finance, an aggregator of multiple lending protocols, optimizes for the highest yields for its users through several DeFi trading strategies. YFI holders can determine the overall direction of the protocol. CoinGecko shows YFI’s prices shot up to around $11,275 on Tuesday, an increase of more than 300-fold just since last month. The token’s limited supply – only 30,000 in total – is said to be a factor in the price increase, and YEarn founder Andre Cronje told CoinDesk that traders’ application of YFI in some other DeFi protocols may have contributed to the price surge.

Hive (HIVE) still trading at a premium to Steem: HIVE, the token resulting from a hard fork of Steem, changed hands at $0.269 on Tuesday versus the STEEM token’s $0.245, according to CoinGecko. The fight between the Tron Foundation and the Steem community was detailed Tuesday in Decrypt. The acquisition of Steemit Inc by Justin Sun’s Tron Foundation triggered widespread anger and fear that Sun might use the acquired Steem tokens to influence the community. The drama led to a hard fork and the creation of Hive.

Analogs – on the economy and traditional finance

Volatile currency markets might reflect diversification out of dollar (Bloomberg)

U.S. Treasury Secretary: “The president wants us to do more. He wants us to provide money for kids and jobs.” (CNBC)

The OCC’s Crypto Custody Letter Was Years in the Making (CoinDesk)
A federal banking regulator’s decision to let banks provide crypto custody services may have seemed out of the blue, but the agency has been looking at cryptocurrencies for years.

Bequant, Now in Crowded Prime Brokerage Race, Adds Signature Bank Integration (CoinDesk)
Bequant, which built a crypto exchange to get into prime brokerage, has integrated Signature Bank’s Signet to its platform as part of a new partnership between the two.

Bitcoin Holding Sentiment Strongest in Nearly Two Years (CoinDesk)
Bitcoin exchange reserves have fallen to a 21-month low, a possible sign investors are feeling bullish about the shape of the market.

Why You Shouldn’t Donate Bitcoin Without Tax Planning (Forbes)
Careful consideration must be undertaken by an individual when it comes to planning for tax deductions via charity donations. Failing to do so means one could risk losing out to beneficial tax relief.

Sign up to receive First Mover in your inbox, every weekday.