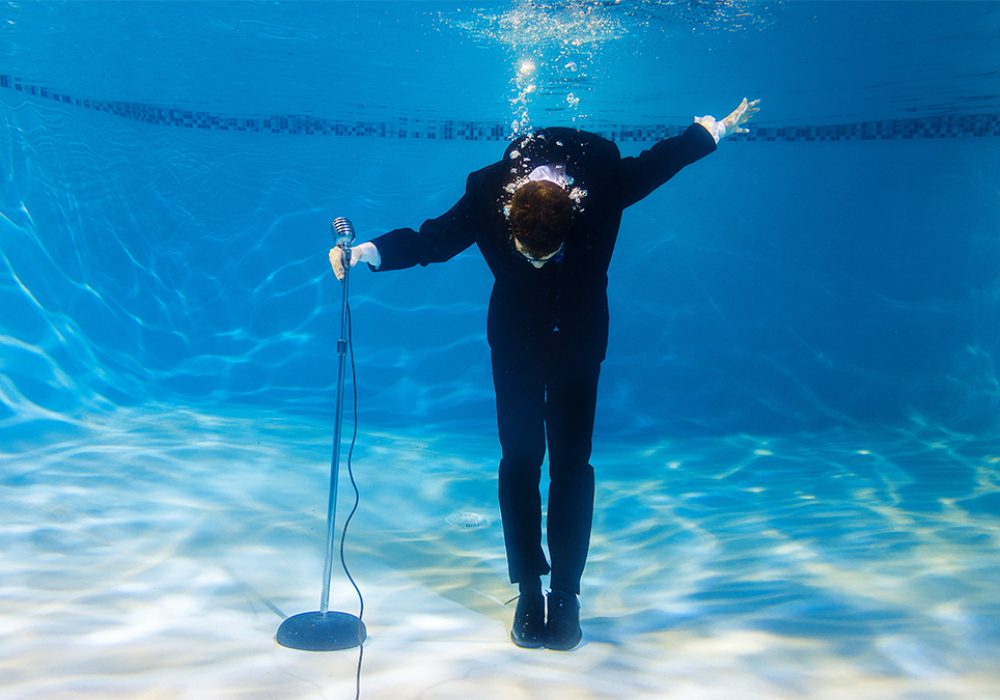 Knowing a script or presentation cold means taking the time to craft the words and sequence of what you plan to say, and then rehearsing them until you could recite them backwards if asked. It’s a more effective approach to public speaking than simple memorization or “winging it” because you plan not just the words but the actions and transitions between points, so it becomes one fluid motion for you, all the while allowing time for adjusting or improvising during the speech itself.

To learn your script cold, first, decide how you will craft your script, whether it’s noting key talking points or writing down every line and detail. Next, create natural sections and learn them individually, including transitions. Then, learn your script over time and rehearse. Finally, have a plan for forgetfulness, which can include acknowledging that you need to reference your notes.

The three judges beamed at me. Buoyed by their support, I anticipated winning this college elocution competition. I nailed the first verse of my chosen poem, but might as well have been under general anesthesia when trying to remember a single word of the second verse. Now the judges’ encouraging smiles only roiled my rising panic. Finally, the timer buzzed, ending my turn on stage and initiating a two-decade fear of memorization.

In my early work life, whenever I spoke, a part of my brain was on anxious alert lest I forget something. It was hard to concentrate or interact with the audience. Over the years I honed the art of speaking on the fly. Whether it was the dreaded table topics at Toastmasters’ meetings or tough questions from my CEO, it became hard to stump me. I started to rely on impromptu speaking skills for larger presentations.

Until a meeting in Paris. I’d decided to mostly wing it through my segment because I felt being in the moment was better than being over prepared and freezing if I forgot my point. Instead, the audience’s probing questions flummoxed me. Unable to reference research on the fly or otherwise respond knowledgeably, my content fell far short of expectations.

The elocution competition and the meeting in Paris were very different, but there was a commonality: my preparation when speaking to an audience. I’d memorized the poem but hadn’t rehearsed it repeatedly enough; under performance stress I faltered. In Paris, I relied on my well-developed impromptu speaking muscle but couldn’t deliver on the details. I’ve harnessed lessons from both these failures in my current career where I’ve delivered a TEDx talk and speak publicly — almost once a week — at keynotes and leadership workshops, and I also coach others on how to present. Based on my experience, I’ve found one approach to public speaking works best: knowing your “script” cold.

Knowing a script or presentation cold means taking the time to craft the words and sequence of what you plan to say, and then rehearsing them over and over until you could recite them backwards if asked. It’s memorization on steroids, but modified according to your needs and speaking venue — whether you require mastery of key bullet points to land with your audience or need to learn a speech word for word until it’s as familiar as your own name. You think about what would be most effective for your audience and plan not just the words but the actions and transitions between points, so it becomes one fluid motion for you, all the while allowing time for adjusting or improvising during the speech itself. “Knowing it cold” is a pressure valve; you’re less nervous, which helps reduce the stimulation of your sweat glands and commensurately boosts your confidence.

Learning your script cold allows you to move from one point to the next without thinking about it. When you’re not worrying about what comes next, you’re able to be fully present with your audience and adjust to their reactions. I’ll pause if people laugh so they can enjoy the moment, or  alter the volume or pitch of my voice if I sense the audience losing interest. Many people worry they’ll appear scripted and stilted if they over prepare, but this is only true if you know your material well but not well enough. Knowing it exceptionally well paradoxically frees you to be more natural and responsive in the moment. I often become emotional in my keynotes, but it’s at a different part of the speech each time depending on my interpretation that day and what I sense from the audience.

Here are five techniques that facilitate script preparation and mastery:

Decide how you will craft your script.

Your content might consist of key talking points like productivity expert Tim Ferris’s EPE (example, point, example) technique. Or you can write down every detail of your script including pauses, like Winston Churchill. The method you choose will depend on your style of speaking and what is suitable for the event. For instance, for an interactive leadership class, I’ll master about a dozen points to make during the session to ensure the key concepts resonate. For a more structured workshop, I’ll remember my key points in sequence, so they follow a roadmap. For major keynotes, although I may not memorize every single word exactly, I prefer to write out the full speech and exhaustively rehearse it.

Regardless of length, break your talk into sections. For a 30-minute speech, think of segments that are two to three paragraphs long. Even when I write my full speech, I create a segment list: a bulleted outline of each section. Then, tackle each section individually. If I’ve chosen to memorize a script, I tend to master the sections in order, but learn them in a way that makes sense to you. Then I rehearse the shifts between sections. Transitions can be especially tricky, so note any troublesome segues and practice them repeatedly before proceeding.

Learn your script over time.

No matter how sparse (bulleted list) or dense (written script) your material, don’t underestimate the amount of time it takes to really absorb it. The biggest mistake you can make is reserving only the day before to prepare. For a big talk, your script should be solidified at least four to six weeks prior. Spend time daily memorizing part of your speech. To save time, read or listen to a portion of your script right before bedtime, or multi-task as you brush your teeth. Record your speech and listen to it (safely) whenever you’re driving, exercising, or running errands. I logged 200 hours learning my TEDx script; the majority of those were spent in the car. Then, when I could focus on memorization, the process would go much faster.

Don’t only rehearse from start to finish.

Most people start at the beginning each time they practice, resulting in an unevenly memorized script; the introduction is solid, but the conclusion is shaky. Instead of learning your script in sequence, start at a random section and complete from there. Then stitch it together. Keep in mind that movement helps commit more words to memory. If you’re going to deliver your talk standing up, don’t sit down to rehearse or memorize. I will often mark out a mini stage and walk across it as I would during the actual speech. Associating a section of the speech with a place on stage is a memory aide. It may be useful, too, to practice your speech in the exact outfit you’ll present in, including shoes. Constantly fussing with an awkward piece of clothing mid-speech can be distracting both to you and your audience.

Have a plan for forgetfulness.

Instead of trying to wing it in the moment, strategize how to handle a memory lapse as part of your preparation. Craft two or three phrases you can use. Knowing that I have these go-to phrases makes me less nervous about forgetting. Examples: “Let me refer to my notes” or “I’m struggling to remember my next point. Let me take a moment and step back.” Or, simply plan to take a sip of water. Your audience will be supportive and grateful for your transparency, and the lapse will be less awkward for everyone when you don’t panic and pretend nothing’s wrong.

Mastery of your script comes in many forms ranging from being so clear on your crucial points that no tricky question from the audience will erase them from your mind, to knowing a keynote script verbatim. When you know your script cold, you not only are able to deliver what you want, you serve your audience by providing them the best of what you have curated and planned. Whether speaking at a conference, setting direction for your team, or persuading upper management to greenlight an idea, for an important presentation, know your information cold so you can master the moment.