The Daily Dawg Tags brings you all the Cleveland Browns news you need to know, including the possibility the coaching search ends sooner rather than later.

The Cleveland Browns coaching search is one of the most focused openings around the NFL world because it could result in one of the top available candidates landing the job. There is also a focus on it because it was a job not expected to open up, along with the general manager position.

Now that both jobs have been vacant for a week and the Browns have conducted the interview, the question is now how long will the Browns continue their search for a head coach? The expectation is that the process will ramp up this week.

Today’s featured article looks at Cleveland’s schedule for interviews this week, and McDaniels being available to be hired as soon as possible could cause a rapid end to Cleveland’s search for a head coach.

McDaniels can also interview anytime, now that the Patriots lost 20-13 to the Titans on Saturday. Ideally, that session will take place in Cleveland and as soon as possible, a source said. McDaniels will also interview with the Panthers and Giants.

The Cleveland Browns will have several key free agents hit the open market this spring if they do not sign to a new deal. Randy Gurzi looks at three Browns free agents the organization should let walk away in free agency.

Break in coaching search sets up what could be busy week – Scott Petrak, BrownsZone

There’s a sense of urgency regarding the coaching search for a couple of reasons. The Browns’ priority is to hire the coach, then give him input on who’ll be the general manager. John Dorsey left the organization on Tuesday when he declined to take a diminished role.

The Browns needing to hire a general manager after hiring the head coach will likely cause the organization to finish the coaching search rapidly. If the Browns want to get everything set up for the offseason, they may not want to wait to long before they have their head coach and general manager in place.

Next: Background on every reported Browns coaching candidate

After the Browns parted ways with John Dorsey, it appeared Paul DePodesta won a power struggle in the front office between the two. However, DePodesta may not have much more time working in the Browns organization. 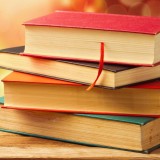