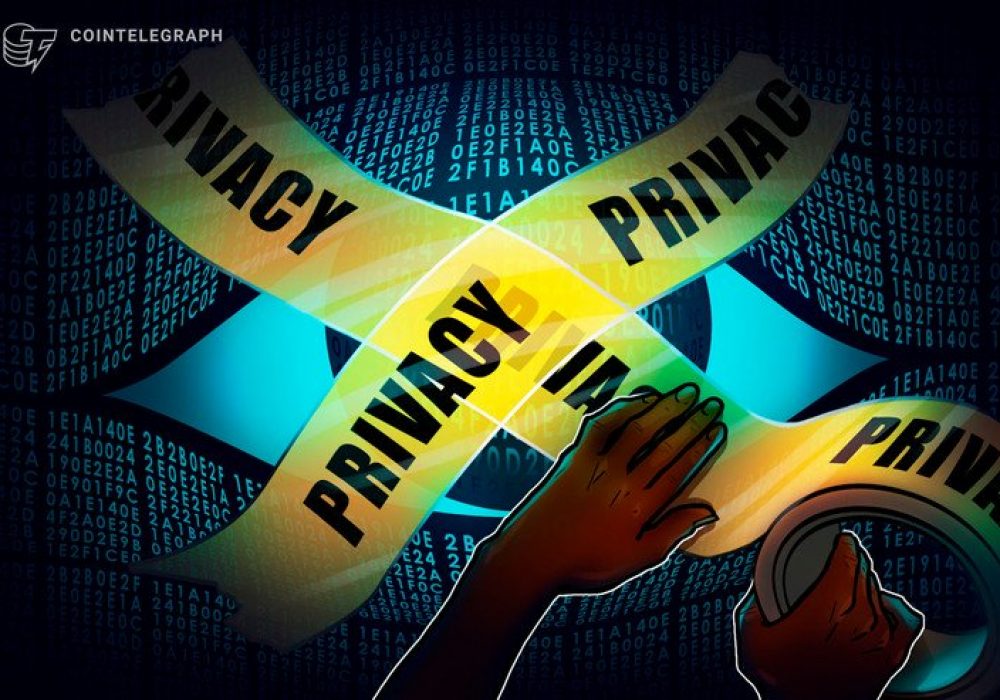 While some global cryptocurrency exchanges move to expand Know Your Customer (KYC) rules, some major rivals claim that crypto platforms don’t need KYC at all.

Digitex will have no KYC identity requirements as of April 2020

Adam Todd, CEO at Digitex Futures Exchange, revealed the news in a public video statement on March 4, declaring that Digitex will have all KYC identification processes removed from its platform as of April 2020.

Digitex CEO clarified that the exchange will begin getting rid of KYC already this week, saying:

Specifically, the Digitex exchange is currently running in beta version, only allowing its users to buy its native token DGTX. After the mainnet will be launched on April 27, Digitex will allow users to freely trade between DGTX and Ether (ETH) as well as other cryptocurrencies, Todd elaborated to Cointelegraph, noting that the exchange will not offer support for any fiat currencies at any time.

KYC removal on Digitex comes on the heels of a major user data breach at the exchange, which eventually led to a compromise of some sensitive data. As Cointelegraph reported on Feb. 29, the leakage was exploited by an ex-employee of Digitex, who purportedly stole KYC documents such as passport and driving license scans of more than 8,000 Digitex customers.

According to some reports, the purported “Digileaker” claimed that he is “not an ex-employee or contractor or somebody else from Adam or Digitex’s past.”

In a public statement on March 2, Digitex explained that the exchange was initially only aware of  the email data leakage. However, there was the second breach that eventually caused a compromise of sensitive data, the exchange admitted.

A Digitex spokesperson elaborated to Cointelegraph that at least five people have had their government-issued IDs like passport photos and national identity cards leaked. As the perpetrator claims to have 8,000 documents in his possession, Digitex has not yet been able to determine whether this is the case but is currently investigating it.

Big Brother is the only real reason for KYC, Digitex CEO argues

While Digitex previously hinted at the potential removal of KYC requirements, the firm’s CEO bashed the general concept of KYC in his new statement.

According to Todd, major justifications behind KYC rules like money laundering are “stupid” and “ridiculous,” while the only real reason for KYC is that “Big Brother wants to know that everybody’s doing all the time.” He said:

Digitex had been trying to adopt KYC because of two major reasons — combating money laundering and allowing United States-based customers onto the platform, the Digitex CEO explained. But none of those justifications are reasonable for Digitex now when its users have suffered a major breach of personal data, according to Todd.

Todd argued that users are not laundering cryptocurrencies like ETH into Digitex for funding international terrorism, declaring that such allegations are “obvious bullshit.” Speaking to Cointelegraph, Todd emphasized that money laundering with crypto accounts for a “tiny fraction of a percent of what is going on in fiat.” He elaborated:

“There’s two trillion dollars worth of fiat currency laundered every year which is 10x the entire market cap of every crypto currency combined. Any money laundering that is going on with crypto is a tiny fraction of a percent of what is going on in fiat. Therefore by the same logic any business that takes cash without fully identifying their customer is also funding terrorism.If this person had an account at another crypto exchange like Binance, it would take 5 days to withdraw around $100k without noticing. That is for one account, if a terrorist wanted to launder even more, there is nothing easier than creating a new account.”

Regarding the question of the U.S. government’s unwillingness to let its citizens trade crypto on Digitex, the platform is already blocking U.S. IPs and asking users to confirm that they are not based in the U.S. in Digitex’s terms and conditions, the executive elaborated.

As such, the U.S. IP block combined with terms and conditions should be enough for a reasonable practice of stopping U.S. users, while strict KYC rules are apparently far more than actually needed, according to Digitex CEO. He said:

“I believe this is the reasonable way of stopping them. I don’t believe that the U.S. authorities have the right to tell me that I must do KYC identity verification of every single person in the world that wants to use my platform just so that we can block US people. That is unreasonable. I don’t think they have a legal President to make me do that and I’m not gonna do it.”

Speaking to Cointelegraph, Todd said that in the event that their team manages to detect a U.S. user in violation of those terms and conditions, the exchange would immediately revoke access to the platform and give seven days to withdraw their funds.

When asked whether Digitex expects their user base to grow after the KYC removal, Todd said yes, noting that KYC is a massive impediment for many people to join crypto exchanges as lots of people over the globe don’t have government-issued IDs at all. He continued:

“KYC is a huge barrier for many people and we expect Digitex to attract a lot more users by removing it. We also stand by our belief in people’s right to privacy […] By opening up our exchange to the world population we hope to create a product that can make a difference in people’s lives.”

The fact that Digitex is fighting oversight by Big Brother falls in line with increasing global concerns over user privacy. A number of major industry players urge the protection of user privacy online. As such, an executive at major blockchain and crypto analytics firm Chainalysis, which collaborates with major federal agencies like the Internal Revenue Service and the FBI, is confident that full transparency is not the ideal place for crypto.