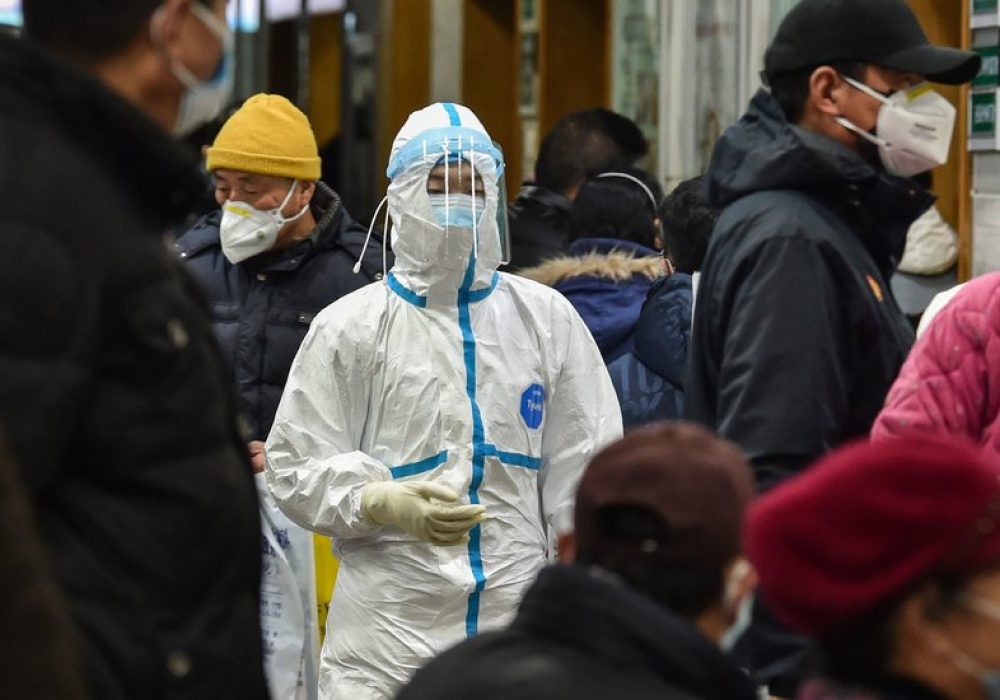 China’s leaders sometimes seem 10 feet tall, presiding over a political and economic juggernaut that has founded universities at a rate of one a week and that recently used more cement in three years than the United States did in the entire 20th century.

President Trump has hailed China’s president, Xi Jinping, as a “brilliant leader,” and Michael Bloomberg says Xi is “not a dictator.” But we’re now seeing the dangers of Xi’s authoritarian model, for China and the world.

The first known coronavirus infection in the city of Wuhan presented symptoms beginning on Dec. 1, and by late December there was alarm in Wuhan’s medical circles. That would have been the moment for the authorities to act decisively.

And act decisively they did — not against the virus, but against whistle-blowers who were trying to call attention to the public health threat. A doctor who told a WeChat group about the virus was disciplined by the Communist Party and forced to admit wrongdoing. The police reported giving “education” and “criticism” to eight front-line doctors for “rumormongering” about the epidemic; instead of punishing these doctors, Xi should have listened to them.

China informed the World Health Organization of the virus on Dec. 31 but kept its own citizens in the dark; as other countries reported infections even as China pretended that it had confined the outbreak to Wuhan, Chinese joked grimly about a “patriotic” virus that only struck foreigners.

Wuhan’s mayor said he wasn’t authorized to discuss the virus until late this month. In that time, people traveled to and from Wuhan and didn’t take precautions.

The government finally ordered a lockdown on Jan. 23 that effectively quarantined people in Wuhan. But by then, according to the mayor, five million people had already fled the city.

Partly because the government covered up the epidemic in the early stages, hospitals were not able to gather supplies, and there are now major shortages of testing kits, masks and protective gear. Some doctors were reduced to making goggles out of plastic folders.

One reason for the early cover-up is that Xi’s China has systematically gutted institutions like journalism, social media, nongovernmental organizations, the legal profession and others that might provide accountability. These institutions were never very robust in China, but on and off they were tolerated until Xi came along.

I conducted a series of experiments on Chinese blogs over the years beginning in 2003 and was sometimes surprised by what I could get away with — but no longer. Xi has dragged China backward in terms of civil society, crushing almost every wisp of freedom and oversight.

For the same reason that Xi’s increasingly authoritarian China bungled the coronavirus outbreak, it also mishandled a swine flu virus that since 2018 has devastated China’s hog industry and killed almost one-quarter of the world’s pigs.

Dictators often make poor decisions because they don’t get accurate information: When you squelch independent voices you end up getting just flattery and optimism from those around you. Senior Chinese officials have told me that they are routinely lied to on trips to meet local officials and must dispatch their drivers and secretaries to assess the truth and gauge the real mood.

For this or other reasons, Xi has made a series of mistakes. He mishandled and inflamed the political crisis in Hong Kong, he inadvertently assured the re-election of his nemesis as president of Taiwan, and he has presided over worsening relations with the United States and many other countries.

The coronavirus has already reached the Xinjiang region in the Far West of China, and one risk is that it will spread in the internment camps where China is confining about one million Muslims with poor sanitation and limited health care.

Viruses are challenges for any country, and it’s only fair to note that China does a better job protecting its people from measles than the U.S. does. It’s a credit to China’s system that a baby born in Beijing today has a longer life expectancy than a baby born in Washington, D.C. More broadly, the United States, which has several impoverished counties with lower life expectancy than Cambodia or Bangladesh, is in no position to lecture anyone about health.

But, with a dose of humility, let’s get over any misplaced admiration some Americans have for Xi’s authoritarian model.

The Chinese social contract has been that citizens will not get ballots but will live steadily better lives, yet China’s economy is now as weak as it has been in three decades — and the coronavirus will sap growth further. Xi is not living up to his end of the bargain, and this is seen in the anger emerging on Chinese social media despite the best efforts of censors.

I don’t know if Xi is in political trouble for his misrule, but he should be. He’s a preening dictator, and with this outbreak some citizens are paying a price.

The Times is committed to publishing a diversity of letters to the editor. We’d like to hear what you think about this or any of our articles. Here are some tips. And here’s our email: [email protected].