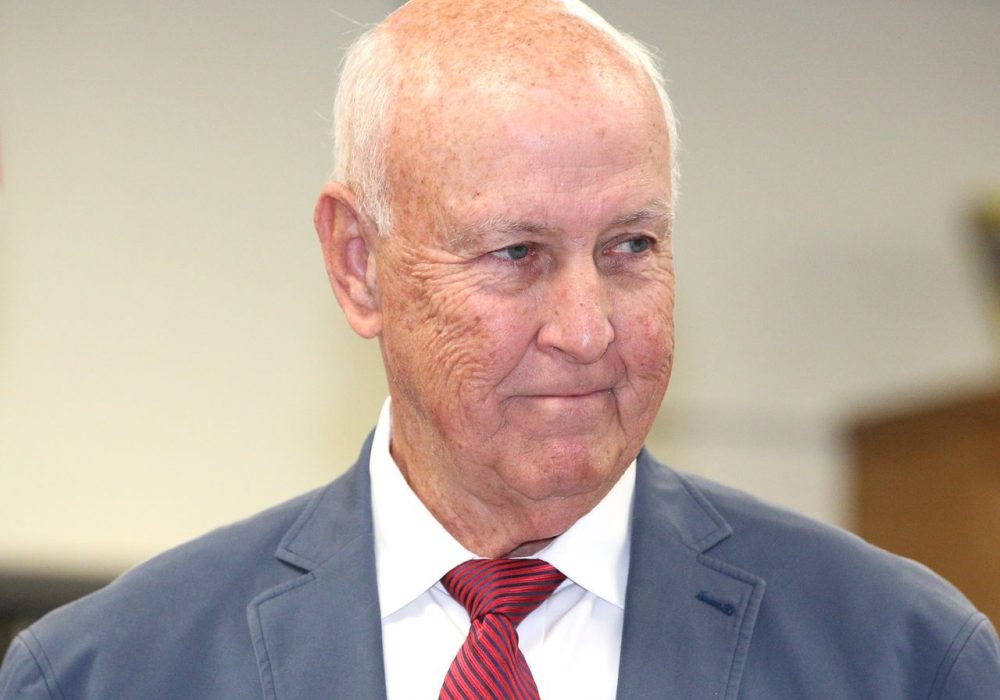 Jim Tate knew his Hall of Fame coaching career was coming to an end this spring.

It just came to a halt much quicker than anyone expected.

The mandated school closure due to the coronavirus pandemic took away a chance to increase that number this spring.

Tate officially announced his retirement from coaching in January.

“After 52 years overall, I certainly would have wished it could have gone another way, but it just wasn’t meant to be,” he said this week. “You just have to accept it and move on.”

Tate’s career ended almost three months before it normally would have.

“We lost the St. Paul’s relays on March 14,” he said. “We were notified on the 13th that we couldn’t have it. It just escalated from there and now we know we’ve lost the whole season.”

The Outdoor State Track and Field Meets were originally scheduled for April 30-May 2 in Gulf Shores and Cullman. However, Gov. Kay Ivey’s announcement last week that schools would remain closed for the duration of the academic year ended the possibility of high school spring sports returning.

“When the Governor made her announcement last Thursday that she was closing all public schools, I went ahead and emailed the group I work with – the parents, kids and coaches,” Tate said. “I think it hit me then that I had overseen my last practice and coached in my last meet. It was a reality I knew was coming, but the suddenness was clearly unexpected. I got a little emotional and still am, but life goes on. We just have to roll with the punches.”

The St. Paul’s girls teams hold the outdoor record with 25 state titles, including nine in a row from 1989-1997. The boys are second only to rival UMS-Wright with 17 overall outdoor titles. They won five straight from 1992-1996. And those are just Tate’s outdoor team titles. Tate’s girls cross country teams from 1983-1998 famously still hold a national record for most consecutive state titles at 16.

“I feel like I’ve been extremely blessed to have been able to do something I’ve loved and looked forward to every day for 52 years,” he said. “I got to see kids come in after school at 3 p.m. with a smile on their face and do their dead level best to do what I asked them to do in the way I asked them to do it. I will miss that.

“If there is a legacy to what I’ve done, I hope people will say that I was passionate about what I was doing and that I treated everyone fairly.”

Tate already has been inducted into multiple halls of fame, including the NFHS High School Hall of Fame, the AHSAA Athletic Hall of Fame and the Mobile Sports Hall of Fame. AHSAA executive director Steve Savarese has said Tate is what every coach should aspire to be.

“He has led by example,” Savarese said. “He is a great teacher, a great human being, and he made a difference in so many kids’ lives through the sport he loves. He is truly a shining star in the education profession.”

Tate said he is particularly sympathetic for the seniors on his final team.

“I had three or four who had been with me six years,” he said. “They trained every day to be as good as they can be, and I just hate it for them.”

Though he said he first thought the decision to halt athletics early in March might have been premature, he now realizes it was the correct move. It is one that he said won’t mar the end to a distinguished career.

“All things have to come to an end,” he said. “I’m just fortunate that I’ve had a wonderful experience all these years.”

Resources: Follow AL.com’s live updates of coronavirus in Alabama. Find all of our coronavirus stories. Here’s a continuously updated vital information post. A free text-messaging service so you can receive the most urgent coronavirus updates on your cellphone. And ask questions. To sign up, subscribe to Alabama Coronavirus Urgent Alerts. A new weekday newsletter is available. You can subscribe here. Also, download the AL.com mobile app where you can receive on-the-go notifications.