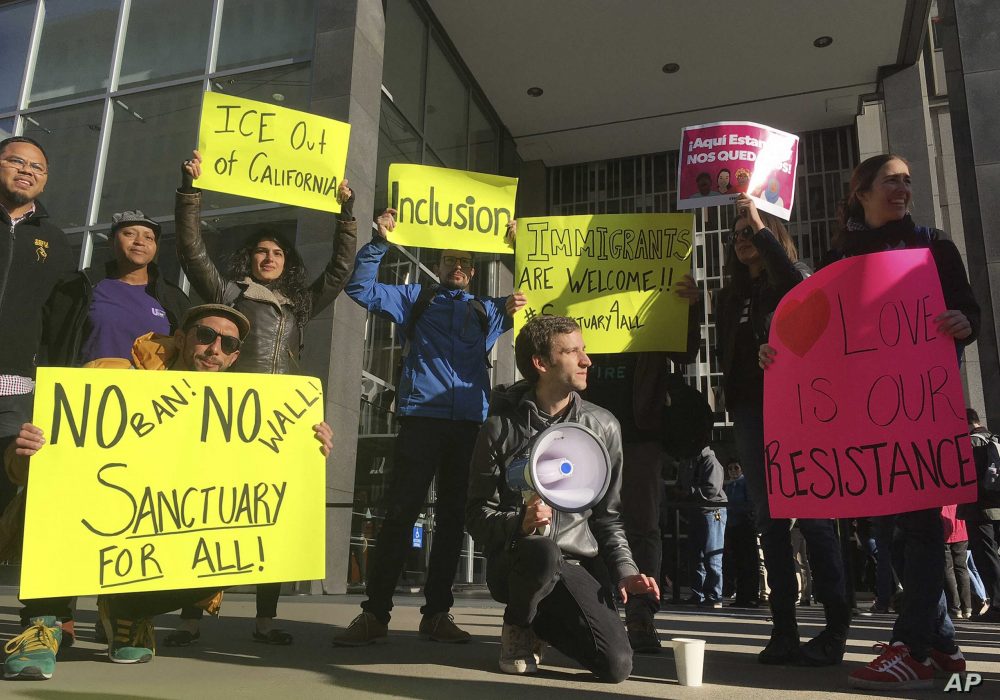 The California Supreme Court on Wednesday refused to hear a challenge to a state law that limits police collaboration with federal immigration agents.

The court denied a request by the city of Huntington Beach to review an appellate court opinion in January that found that the issue was a matter of statewide concern and that gave the law precedence over the police authority of charter cities. That reversed a 2018 ruling.

“This is tragic for the rule of law and for local control efforts,” Huntington Beach City Atty. Michael E. Gates said in an email. “Now the lower court ruling stands, which opens the floodgates for the state to legislate and control every aspect of local governance.”

The law prohibits state and local police from asking arrestees — except for those charged with serious crimes — about their immigration status or notifying federal agents when an immigrant is being released from jail.

California enacted the law following President Trump’s crackdown on illegal immigration. It was hailed as a victory by immigrant advocates seeking to encourage immigrants to trust in police officers and report crime.

But critics decried the law, saying it makes it harder to deport immigrants who commit crimes and leads law enforcement to release them back into communities.

In California, 121 cities have their own charters and others follow the state’s general law. Huntington Beach argued that cities that create their own charters to have a greater say over local affairs shouldn’t be subject to the law since it relates to local policing.