Juan Rodulfo
post-title Blockchain R&D Funding Is Vital, but It Mostly Comes From One Source
Mar 11 2020 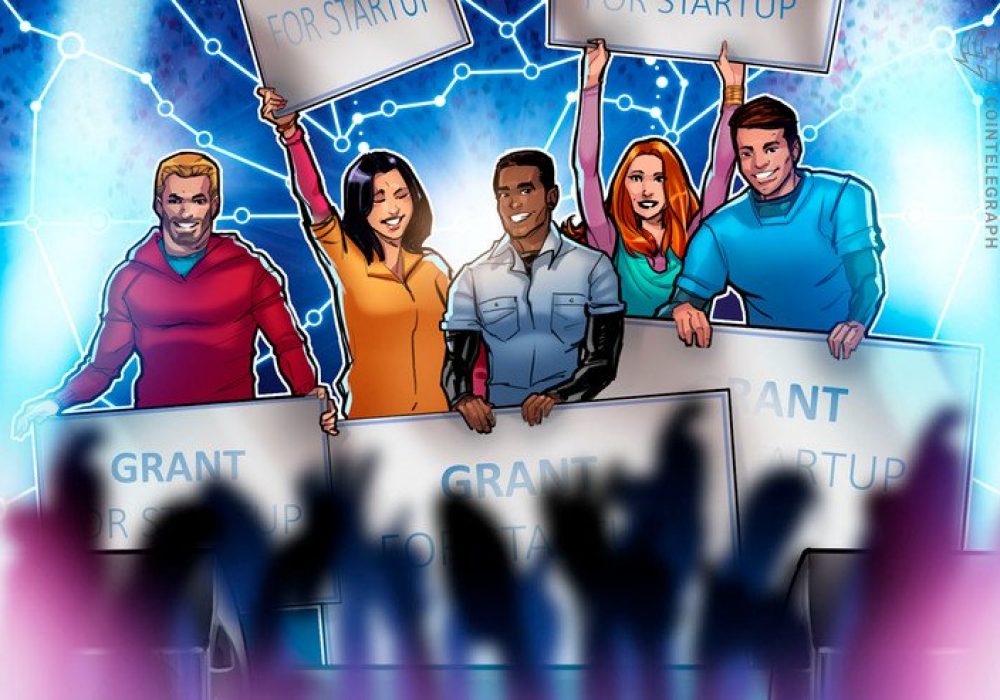 On March 4, Twitter topman Jack Dorsey’s digital-assets payment company Square Crypto released a statement showcasing its support for Bitcoin (BTC) development with the creation of a grant program that aims to contribute toward the enhancement of the premier cryptocurrency’s native ecosystem.

More specifically, the company revealed that its grant program is open to developers interested in pursuing this field of work. Two developers have already received monetary support from the company: BTCPay Server received $100,000 to continue its work relating to Square’s open-source payment processor, and a pseudonymous developer received an undisclosed sum for working on the Lightning Network.

The folks over at Square also mentioned that they are currently funding research that is being driven by Jon Atack and Tankred Hase, two BTC developers who have been active in the space for quite some time.

This is hardly the first time a mainstream organization has entered the burgeoning domain of crypto research. Earlier this year, IOHK gave out $500,000 worth of Cardano’s Ada (ADA) currency to the University of Wyoming’s blockchain lab. According to a representative of the firm, the Ada tokens will not just fund research into real-world uses of blockchain technology but will also foster Wyoming as a talent hub for software engineering and for the advancement of novel software development methods related to advanced technologies like blockchain, the Internet of Things, etc.

Ankit Bhatia, the co-founder and CEO of Sapien, an Ethereum-based social network, spoke to Cointelegraph on the issue of big-name financial entities driving traditional crypto research and the implications such moves may have on the ecosystem at large. He said that more often than not, the best crypto developers work independently or in small teams. Established companies are thus usually forced to issue favorably conditioned grants to tap into the space’s innovation and thereby “leech off the credibility” of the leaders operating within this domain:

“While these companies often provide genuine support to these devs, with cash and other resources, players like Square Crypto need more legitimacy to crack open the crypto community and find monetization.”

Other established organizations such as Chaincode Labs, Xapo, Blockstream, BitMEX and OKCoin have also served as patrons for many developers who have been working to make the crypto ecosystem more future ready and secure.

The shortage of research funding is quite glaring

As things stand, Bitcoin is widely considered to be one of the most critical codebases in the world. While the currency itself has attracted a lot of attention in recent years, a deep review of its code is still severely lacking. Deep reviews are essentially thorough, routine inspections that are carried out within a project’s codebase to weed out any frailties or exploits that may be present in its fundamental design.

In fact, quality code reviewers are so scarce these days that the domain itself has turned into a microeconomy of sorts. To put things into perspective, the Bitcoin Core project alone is currently faced with an ever-deepening pool of over 750 open issues and more than 350 pull requests that need reviewing.

These deep reviews are quite complex in nature, and even highly-skilled developers can sometimes take weeks or even months to resolve them. One of the most striking cases in which this lack of review became apparent was in September 2018, when an inflation bug was detected within Bitcoin’s code. The bug provided troublemakers with an open-ended route to create Bitcoin out of thin air; however, the issue was quickly resolved once the gravity of the situation was established.

But that does not mean that such exploits will never reappear in the future. The world seems to be transitioning into an era of decentralization, and sovereign nations may look to compromise digital currencies because they hold the potential to challenge the supremacy of state-issued fiat assets.

“Most grants are not large enough in size and while they are immensely beneficial for early-stage companies, unless the amount is extremely huge, outside financing is still needed for success.”

Grants from companies like Square are good for the crypto ecosystem

Some members of the global Bitcoin community have raised questions regarding Square’s decision to start doling out Bitcoin-specific grants, as they could adversely influence the platform’s future development efforts. When large, nonnative companies dive into spaces like this, they’re typically met with wariness and skepticism from all ends. This is mostly because they did not invest any capital or put in any effort into bringing blockchain and decentralization into the mainstream when the sector was still in its infancy.

However, such an outlook is not shared by every expert within the community. Adrian Pollard, the co-founder and chief product officer bitHolla — a platform that sets up crypto exchanges — told Cointelegraph that Square’s decision to start giving out grants to “worthy” developers is mutually beneficial for all parties involved, citing the company’s 50% increase in profits from offering Bitcoin via its native smartphone app:

“As far as I know, Square’s grant is the most generous and productive because its purpose is solely to enhance the Bitcoin protocol. I believe it has the greatest chance of affecting positive change.”

When asked about some of the dubious eligibility conditions outlined by Square for its grants — such as developers having to be “in good standing” with the global Bitcoin community — Pollard added that these stipulations are only in place because the approval of multiple parties, such as other developers, crypto exchanges, users and miners, is required for any meaningful change to take place in Bitcoin’s core protocol. He added that anyone not in touch with the community has “very little chance of affecting change and Square understands this.”

Bhatia shared a similar sentiment, alluding to Square’s increasing reliance on Bitcoin to rake in its profits. He believes other companies that are operating within this nascent space will also try to cash in on this opportunity and dish out sizable monetary grants.

What are some of the strings that come attached to research grants?

Even though developers are sometimes required to meet certain milestones in order to receive the next round of funds to continue with their development efforts, Vezzani believes that there are usually no legal strings attached to early stage small grants. In his view, if a developer has been awarded a grant, they probably have a good relationship with the giving party to begin with.

That being said, there are some niche caveats in most agreements that are usually not disclosed. For example, donors often demand a free and perpetual license for the projects they are funding while still enabling creators to conduct their business in a manner they see fit. Similarly, developers often give investors access to their research knowledge repositories, as it could give them a head start in understanding the direction in which the sector may be heading.

Speaking on the subject, Adel de Meyer, the CEO of the fully private blockchain Daps Coin, told Cointelegraph that contractual agreements between top companies and developers are usually never made public, so it is hard to establish if there are any strings attached to the deals:

“I don’t believe top-notch developers on Bitcoin would agree to give their research over to a private company as their IP to hold onto. I believe that most grants being issued by mainstream players require that the project has to be open-source, meaning that the success of the innovation is shared with the whole to tap into, for free. This leads to crypto tech being able to blossom as it doesn’t narrow or limit further innovation.”

Where do most grants come from?

As things stand, it seems as though it is mostly independent companies and organizations that are financing crypto research, as only they have the monetary capacity. While the popular belief is that universities are funding most of the blockchain and crypto research taking place today, it actually appears as though their budgets are becoming increasingly limited.

Similarly, governments don’t seem to be interested in supporting research related to decentralized technologies, as they have the potential to threaten their position of power and control. Bhatia opined that money-making is what drives independent companies to issue grants:

“They see their need to achieve a certain vision or goal and may lack the expertise themselves. Issuing grants or bounties outsources the project management and recruitment costs and hopefully sparks innovation when presented with several ideas. Grants programs are also very useful for ensuring that firms build products that serve their target communities since most applicants are very likely drawn from that same talent pool.”

Vezzani is of the belief that most grants these days come from large nonprofit organizations that are mostly funded by private donors in fields that traditionally have longer monetization life cycles.

Pollard told Cointelegraph that while there are occasional grants coming in from universities, they are futile 99.9% of the time, since most researchers operating out of these institutions are rarely in touch with members of the global Bitcoin community.