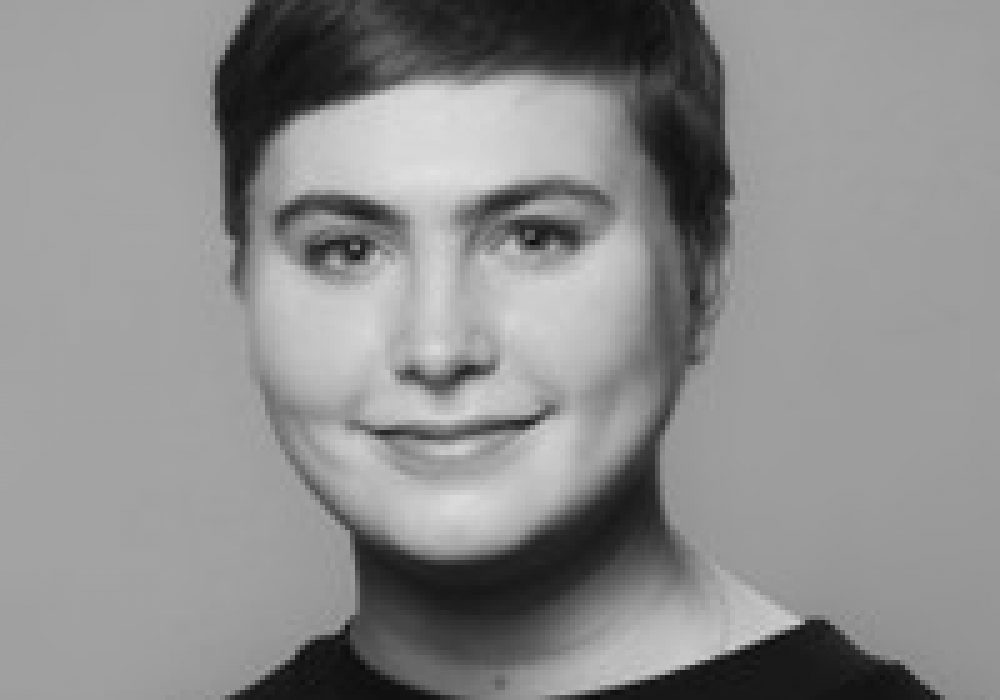 The coronavirus pandemic has been good for dictators around the world. After an initial fumbling of the virus’s emergence and apparent lies about the scope of the problem, the Chinese Communist Party has ruthlessly clamped down on society and brought the virus under control, earning enhanced international prestige for doing so. In Eastern Europe, Victor Orbán of Hungary has used the crisis formally to seize power and rule by decree.

Before the pandemic occurred, worrying that President Donald Trump might take advantage of a crisis like this one to chip away at democratic constraints on his power would have been within reason. Yet Trump has taken a different approach: complaining.

Three years into Trump’s presidency, his approach to governing continues to be authoritarian in character: He lacks any appreciation for the importance of democracy and the necessity of checks on his power. He admires strongmen around the world, as he’s expressed again and again in his declarations of affection for leaders such as Russia’s Vladimir Putin and Saudi Crown Prince Mohammed bin Salman. The powers of the presidency that he seems to take the most pleasure in exercising are those best suited to aggressive, unilateral wielding and entirely free from constraint—most notably, the pardon power. Add this all up, and there is a case for real worry about how the pandemic—a bona fide state of emergency—might allow Trump to exercise his most antidemocratic instincts in the name of public health.

The seminal thinker on dictatorship in the time of emergency is the German jurist Carl Schmitt, who famously wrote that “the sovereign is he who decides on the exception.” In the view of Schmitt—notorious in political-theory and legal circles for his membership in the Nazi Party—any liberal constitutional structure will eventually be swallowed by a state of emergency, when law recedes and dictatorship emerges to counter a crisis. For a sovereign willing to seize the opportunity provided by a state of emergency, a pandemic would certainly seem to provide one.

One could be forgiven for having been concerned that Trump might unleash his inner Schmittian in responding to the virus. He certainly talks like he would. But had Schmitt seen Trump, his famous axiom might have read a little differently: “The sovereign is he who purports to decide on the exception but actually sloughs off all the work on Andrew Cuomo while reserving the right to whine about whatever Andrew Cuomo does.”

Trump may be a Schmittian by instinct and aspiration, but he’s a fair-weather Schmittian only. A true authoritarian, confronted by limits on his power, might have ripped through them in service of establishing his authority. Not so Trump. Again and again, on issues like firing Special Counsel Robert Mueller or forcing the Justice Department to investigate Hillary Clinton, he has crumpled when he’s come up against bureaucratic constraints and intransigence from congressional Republicans and administration officials. In the midst of the Mueller investigation, he complained to a talk radio host that prohibitions against presidential interference with the Justice Department were “the saddest thing”: “I’m not supposed to be doing the kind of things I would love to be doing and I am very frustrated by it.” This doesn’t mean that Trump never gets his way, of course—only that when the going gets tough, his preferred option is often not forcing his way through but giving up and complaining about it.

The current crisis brings out Trump’s stark ambivalence toward his own political power. On the one hand, he loves the trappings of dictatorship. He famously envied the way Kim Jong Un’s people ritually revere the North Korean leader, at one point commenting that Kim “speaks, and his people sit up at attention. I want my people to do the same.” Likewise, Trump loves declaring that he has the “absolute right” to do things. Shows of authority clearly float his boat.

But wielding actual authority is hard work for a lazy man. And while crisis response can sometimes have an element of glamour—think of Cuomo’s success in winning over critics with his combination of decisive pandemic response and bomber jackets—the federal government’s role in addressing a plague spread out across 50 states is largely managerial, the life-or-death equivalent of fixing potholes. It involves tasks such as keeping track of supply chains and distributing ventilators and protective equipment.

This is not the kind of work that Trump enjoys. At a March press conference on the coronavirus, he complained, “Governors are supposed to be doing a lot of this work … The federal government is not supposed to be out there buying vast amounts of items and then shipping. You know, we’re not a shipping clerk.”

Even worse, if you wield actual authority, you become accountable for outcomes. The nature of executive power—embedded in the word “executive”—is that it is the power to do things: not to vote or to appropriate money or to deliberate, but to actually do. And if a leader does things, it follows perforce, particularly in an electoral system, that he can be held accountable for the things he did, or didn’t do, or did badly. Trump hates accountability beyond all things. This is the man, after all, who said only a few weeks ago of the federal government’s catastrophic response to the coronavirus, “I don’t take responsibility at all.”

Traditionally, the idea of dictatorship was linked with responsibility for the public welfare. The term “dictator” comes from ancient Rome, where it referred to an office explicitly designed to respond to crisis. In a recent episode of the Talking Politics podcast, Lea Ypi of the London School of Economics explains that the modern understanding of dictatorship as something harmful “confuses the category of the dictator with the category of the tyrant”—the latter being someone “who uses power in nonaccountable ways, who is violent.” A dictatorship, in contrast, was an office that came into existence to guide the Roman republic during crisis; a dictator would be expected to abdicate when the crisis was over, usually within six months. The whole point of the office was unity of power and command in the crisis—and therefore accountability for that command. When the Romans had a dictator, they knew who was responsible.

The framers of the American Constitution were keenly aware of this history in designing the presidency. Indeed, Alexander Hamilton’s famous defense of executive authority in “Federalist No. 70” makes explicit reference to it. The reference, notably, appears immediately after the essay’s most quoted passage, which celebrates “energy in the executive”—the ability of the president to take quick and decisive action. Hamilton wrote, “Every man the least conversant in Roman story, knows how often that republic was obliged to take refuge in the absolute power of a single man, under the formidable title of Dictator, as well against the intrigues of ambitious individuals who aspired to the tyranny, and the seditions of whole classes of the community whose conduct threatened the existence of all government, as against the invasions of external enemies who menaced the conquest and destruction of Rome.”

But Trump is not acting like a dictator—neither in the Roman sense nor in the modern sense. He likes to make noise about how much power he has, while he remains shy about using any of it. Instead of drawing on his authority under the Defense Production Act to force companies to manufacture ventilators and protective equipment, for example, he’s made a lot of noise about invoking that authority while declining to use it aggressively. He’s perfectly content to give daily press briefings while governors decide how to handle the situation in their states. He then criticizes them, both on behalf of those disgruntled by the measures themselves and for not making the virus go away faster.

Trump is doing this for a reason. He’s savvy enough to know that the coronavirus crisis is not going to crown him with laurels. Perhaps he could have managed to win accolades had he acted quickly and aggressively and been very lucky—but he wasn’t lucky, and his government badly botched nearly all aspects of the early response. And the result is an unenviable one for a politician who has to face voters in a few short months: tens of thousands of dead Americans and a cratering economy that cannot revive while everyone is shut up at home to prevent the death toll from skyrocketing further.

To give up the Schmittian style, however, is to defile his brand. The man who declared “I alone can fix it” cannot now declare himself helpless. So Trump needs the optics of authoritarian assertiveness without any actual responsibility for deciding on the exception. He wants both the work and the blame to go to the governors. No one governor can get too much credit, after all, since the problem is national. But the disaster in New York can be Cuomo’s responsibility. Problems in Detroit can be blamed on “that woman from Michigan,” to use Trump’s appellation for the state’s governor.

As he put in a tweet on Sunday, “Governors, get your states testing programs & apparatus perfected. Be ready, big things are happening. No excuses! The Federal Government is there to help. We are testing more than any country in the World. Also, gear up with Face Masks!”

The result is rhetorical authoritarianism married with a striking unwillingness to use federal authority robustly.

This is of a piece with Trump’s larger management of the executive branch itself, which involves boldly asserting his power but also allowing underlings to contradict him or run their own independent policies much of the time. In the book Unmaking the Presidency: Donald Trump’s War on the World’s Most Powerful Office, one of us—with Susan Hennessey—wrote, “The truth is that in a crisis, nobody has any idea of which executive will show up: Will the country be dealing with Trump’s impulses or with the sensibilities of aides who will not do as they’re told and may not agree with one another?”

We want to hear what you think about this article. Submit a letter to the editor or write to [email protected]