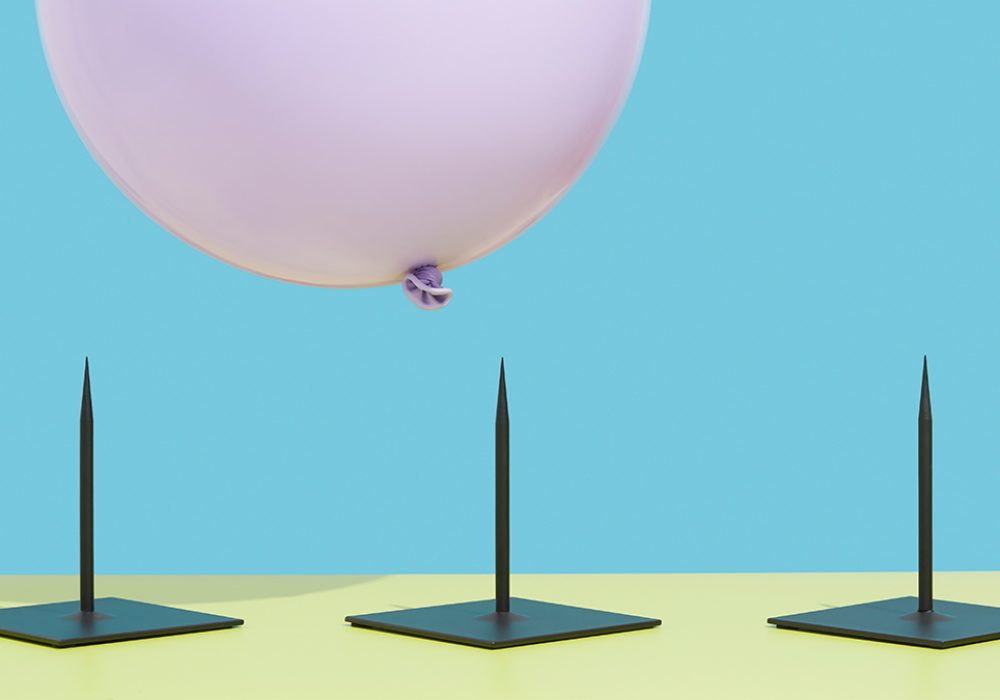 There are many reasons your job may be at risk — some you can control and others you can’t.  The author describes four warning signs not to ignore: 1) A change at the top. 2) You’re cut out of the loop. 3) You lose a sponsor. 4) Fewer projects come your way. By recognizing these key signs, you can take the needed actions to prepare and make choices that will expand your options in the future.

Gordon (not his real name) was the vice president of global account management for a $500 million division of a major manufacturing corporation. When he came to me for executive coaching, Gordon had a six-year track record of success directing and implementing his group’s strategy, and he had successfully grown his division’s revenues by 50% since joining the organization. Colleagues and clients alike recognized Gordon for his impressive relationship-building skills, as well as his ability to effectively translate customer requirements back to the engineering and supply-chain teams to improve the company’s products and performance.

By the looks of his resume, Gordon hardly seemed like someone whose job was at risk. Yet three weeks later, he was shocked by the news that his position had been eliminated. What happened? While his termination may have caught Gordon off guard, the fact is that prior to the event, there had been clear signs of trouble — if only he had known how to recognize them.

For example, Gordon shared with me that six months before he was let go, a new CEO had taken the helm at the company. While Gordon had previously always been invited to attend executive committee meetings, he now, inexplicably, found himself shut out of this vital communication loop. Although frustrated by this turn of events, Gordon attributed the change to the new CEO’s management style, rather than recognizing the potential danger it foreshadowed for his own position.

Gordon’s inability to connect the dots in order to recognize a common sign that his job was in jeopardy is not unusual. Sometimes the clues are so subtle that recognizing them is difficult until it’s too late. But being attuned to these underlying messages is critical to career survival. Had Gordon been street smart, so to speak, about the shifting dynamics in his company’s management team, he might have been better equipped to recognize and prepare for — or perhaps even take steps to prevent — being fired.

While it seems counterintuitive, strong performance in your role doesn’t equal job security. I’ve seen plenty of firsthand evidence of this through coaching a wide range of executives in diverse industries. Research supports this reality as well. In a Zenger and Folkman study, 77% of employees whose positions were eliminated had received positive performance reviews in the year prior to their dismissal. As the researchers proved, numerous factors go into a company’s decision to retain or eliminate individual employees.

Knowing that there are many reasons your job may be at risk — some you can control and others you can’t — means it’s critical to be able to recognize the signals that things are going wrong. Your awareness of key signs of job jeopardy can give you a chance to manage or navigate the situation without being blindsided — or at least start looking for a new job before the axe falls. Here are four warning signs not to ignore:

A change at the top.

As in Gordon’s situation, a management shakeup that shifts who is in control in relation to your position, department, and/or company can be a harbinger that things will be different. Changes in leadership can precipitate changes in job status for individuals or entire teams. A new boss may want to bring in fresh perspectives, or hire people whom they are already familiar with, which could mean the writing is on the wall for existing employees.

You’re cut out of the loop.

Let’s drill down more deeply into Gordon’s example to identify the signs prior to his dismissal. When the new CEO came on board, Gordon incorrectly assumed that he could continue to rely on the same communication approach that had worked with the previous CEO. He thought the best way to build a relationship with his new boss would be to inform him how he believed things should be done, because his past manager had appreciated that style. And Gordon believed that because he had institutional knowledge, which the incoming CEO lacked, the new leader would value this directive approach.

What Gordon learned too late is that the new CEO found Gordon’s style to be presumptuous and arrogant, leading to Gordon’s removal from the executive committee. Suddenly, he was not invited to meetings that he expected to attend and no longer received copies of sensitive documents. He was also iced out of the informal communication loop, and he could no longer get a straight answer when he asked others on the executive committee what was up. These were all red flags that Gordon had fallen out of favor with his new boss, and that his job was at risk.

You lose a sponsor.

When Gordon’s previous CEO announced his retirement and left the company, Gordon lost his primary supporter and sponsor. Additionally, Gordon had not developed many other board-level relationships, which might have helped him weather the management transition with additional alliances in his corner. Regardless of the type of organization you work for, you need to ask yourself, “Who is willing to advocate for me?” and understand that it’s vital for more than one influential leader to be willing to expend political capital on your behalf.

Another indicator that management may plan to lay you off is reassignment of work. If you had been the go-to person in your group to spearhead new projects but suddenly are no longer are tapped when you raise your hand for opportunities, it’s a bad sign. This situation happened to my client Kathy (not her real name), a director of an academic institute. Without warning and within a matter of weeks, Kathy discovered that her most essential tasks were being reassigned to a colleague. Each time Kathy attempted to talk to her manager about it, she encountered a stone wall of excuses and obfuscations. Kathy was let go soon after.

Positive performance reviews — and even promotions — can bring a false sense of security. Especially in uncertain times, it’s vital to look honestly at hints that your organization may be about to terminate you. By recognizing the above signs that your job may be in jeopardy, you can take the needed actions to prepare, and make choices that will expand your options in the future.